13-Year-Old Boy Is a Real-Life “Young Sheldon” Who Is Pursuing His Ph.D. In Physics

Elliott Tanner is even friends with Iain Armitage, who plays Sheldon, on TV. 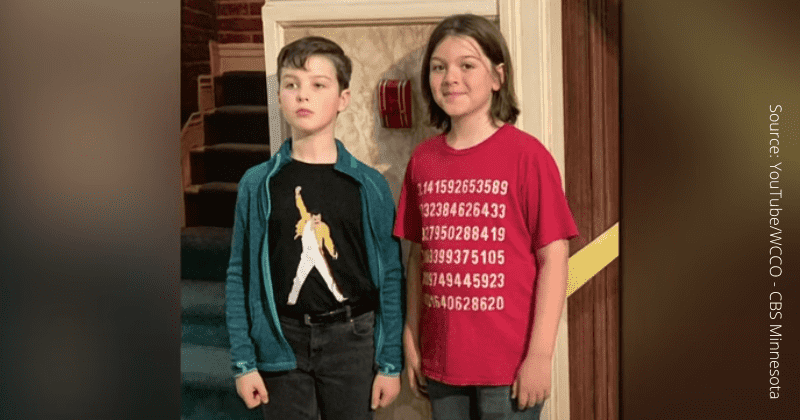 While Elliott Tanner loves playing Minecraft, Dungeons & Dragons, listening to music, and hanging out with friends, he's also not your typical 13-year-old. He's about to graduate from the University of Minnesota!

The young teen will soon have a bachelor's degree in physics with a minor in math and is pursuing higher studies with a doctorate in physics. Tanner is one of the youngest students the College of Science and Engineering has ever had, keeping up with a 3.78 GPA and taking part in undergraduate research as well as tutoring classmates. “I have an incredible passion for physics,” he told WCCO. “It’s been one of my favorite things to do.”

13-Year-Old Boy Is a Real-Life "Young Sheldon" Who Will Soon Start His Ph.D. in Physics
https://t.co/7FgZHSq6Dt

While growing up, Tanner was homeschooled. By age 8 he was done with high school and then moved on to college! According to a GoFundMe page "Elliott's goal is to become a High Energy Theoretical Physicist and ultimately a professor of physics to inspire others about the fundamental constituents of the universe! He started college at 9-years-old and graduated with his first degree, an Associate of Science in Mathematics, from Normandale Community College at 11 years old." His mother tries to make sure her young boy still enjoys his early years. “People who hear Elliott’s story say he doesn’t get to be a kid, or he grew up too fast,” she told FOX 9. “He still very much is a kid and the only difference is he goes to school in a different building.”

BAZINGA! A 13-year-old University of Minnesota student is a real-life Young Sheldon – and BONUS he is friends with the real Sheldon Cooper. Watch the new episode of @YoungSheldon tonight at 7:00 p.m. and tune in to WCCO at 10:00 p.m. to hear this incredible story of friendship. pic.twitter.com/fGZ2uwsnge

What's more interesting is that Tanner ended up meeting an actor who plays a very similar type of person to him. Young Sheldon on CBS follows the life of young Sheldon Cooper as a boy genius before he goes on to be a physicist in The Big Bang Theory. The young version of Sheldon is played by Iain Armitage. Tanner and Armitage ended up meeting on the set of the show and are now great friends! “I think the awesome thing about him is he is very, very smart, like possibly even smarter than Sheldon,” Armitage said in an interview with WCCO. “Our texts are a weird blend of him telling me about his crazy college experience, me telling him about our crazy set experience but at the same time, exchanging fart jokes and saying when do you want to meet up on virtual reality? What do you want to do today?” Armitage said. “He’s the type of person you know in 10 years you’ll either be working for him or reading about all of the amazing things he’s done in the news.” We can't wait!