Just when you thought that there was nothing more to reveal about the late Princess Diana, out comes a two-part documentary, 'the Story of Diana' that throws light on some shocking aspects of her life. 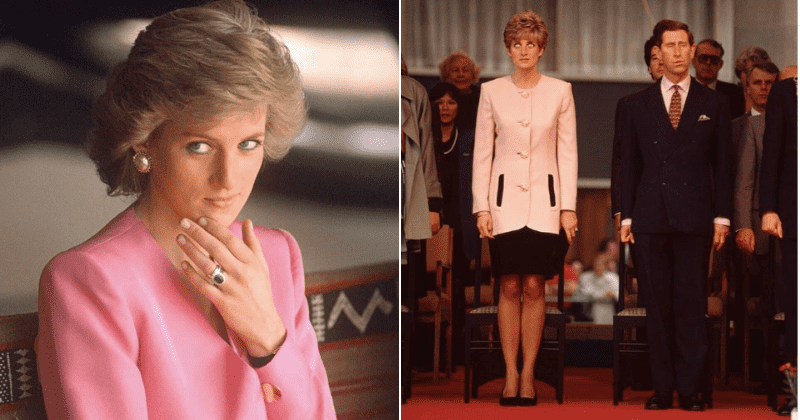 Considering the People's Princess earned her name by interacting with the public and putting her life on display to the media, you'd think there isn't much that is hidden about Lady Diana. After all, she's spoken about her heart-breaking marriage with Prince Charles, the mental health issues she had to face and other things that the British Royal family looked down upon.

But in the 2017 two-part documentary titled The Story of Diana, there is far more that is revealed about the late Lady Diana. And some of those facts may just shock you.

1. Diana and Prince Charles’ courtship was quite formal, to the point where she apparently called him “sir.”

3. Diana and Prince Charles had met only 12 times before they got engaged.

4. In the interview after announcing their engagement, the young couple was asked if they were in love, and while a blushing Diana said, "Of course", Prince Charles replied with, “Whatever ‘in love’ means...such a range of interpretations.” A foreboding of things to come.

5. According to designer Elizabeth Emanuel, who designed her wedding dress, Diana dropped from a 26-inch waist to a 23-inch waist for her wedding.

6. Diana was the first to break royal tradition by not saying the word "obey" when reading out her vows. Years later, her daughters-in-law Duchesses Kate Middleton and Meghan Markle also left the word "obey" out of their vows.

7. After Prince Charles and Diana had arrived with newborn Prince Harry, they had their photoshoot. But less than an hour later, Prince Charles left to play polo. He was upset that Harry was a boy (he had wanted a girl), had ginger hair and looked a lot like members from Diana's side of the family.

8. Diana had had a romance with her bodyguard Barry Mannakee. However, he passed away in a motorcycle accident in 1987. Prince Charles was the one who had to break the news to Diana on a flight to the Cannes Film Festival.

9. According to the book Diana: Her True Story written by biographer Andrew Morton, she stated that her bulimia began the week she got engaged. She explained, “My husband put his hand on my waistline and said, ‘Oh, a bit chubby here aren’t we?’”

10. A friend revealed that Diana actually looked at newspapers every morning to check if she was on the front page.

11. Diana dated British-Pakistani heart surgeon Hasnat Khan for a short while after her divorce. They broke it off, reportedly, because he couldn't handle the pressure of being in the public eye.

12. After her death in Paris, the first flight out of London to Paris was packed with the press. So much so that the Prince of Wales’ police officer had to sit in the jump seat at the front of the plane.

13. On the day of Diana’s funeral, September 6, 1997, London was like a ghost town. The streets were empty except for those who were attending her funeral.

14. After Diana’s brother, Charles Spencer, made a touching and heartbreaking speech at her funeral, crowds of people outside Westminster Abbey began to applaud. In addition to that, the applause was so loud that it could be heard inside the Abbey as well. Hearing it, those who were in attendance for the ceremony inside the building were also moved by the speech that they too joined in the applause.

Princess Diana may have been gone for more than 20 years now, but even today, she has a crowd of people who absolutely adore her.