Officials say that the juvenile suspect was known to the victim. 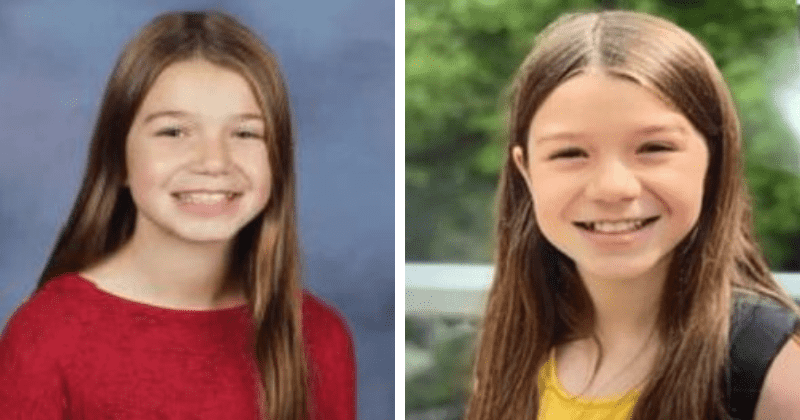 A 14-year-old boy suspect has been accused of murdering 10-year-old Lily Peters. The teen allegedly strangled her to death and then sexually assaulted her, according to prosecutors with the Chippewa Falls District Attorney's Office, reports PEOPLE. The teen, who had been identified only by his initials, appeared remotely for a hearing in Chippewa County from a juvenile detention center. The juvenile suspect is being held on a $1 million cash bond.

The suspect's public defender, Kirby Harless, argued the bond was excessive and asked it to be lowered to $100,000. "We do not believe [the suspect] is a flight risk," Harless said. "He is 14, and an 8th grader. He cannot drive, he is not in a position to raise much money, frankly, at all on his own." But the judge sided with the prosecution, saying, "This is a serious charge, and because of serious charges there are serious consequences… this was a serious threat to the community, and so the court is concerned this could be a further threat if the individual was no longer in custody." He is expected to appear again in court on May 5. The judge has ordered that he refrain from contacting other juveniles except for supervised visits with his siblings.

A juvenile has been arrested today in the homicide of Lily Peters.

He was known to the victim.

There is no longer a threat to the public. #LilyPeters pic.twitter.com/OumARF2dTr

Lily's father reported her missing after she did not return home from her aunt’s house, Chippewa Falls Police Chief Matthew Kelm said at a news conference Monday. She was reported missing on Sunday and was discovered on Monday. The young girl's abandoned bike was found near a walking trail close to the aunt's home. Her body was found in a wooded area.

Lily Peters failed to return home from visiting her aunt’s house over the weekend, her father called the police and they later discovered her body near a walking trail.https://t.co/KDBe8iJ0HL

County prosecutor Wade Newell said in court Wednesday, that the young girl died a violent death. Newell alleged that after being arrested, the teen confessed, saying he intended to commit the crime. According to NBC News, the teen punched the girl "in the stomach, knocked her to the ground ... hit her with a stick before strangling her to the point of death before then sexually assaulting her," Newell said. He added, "Given the statements the defendant made to law enforcement, that his intention was to rape and kill the victim from the get-go when he left the house with the victim going down the trail, the state believes there is a need to protect the community."

A growing memorial set up for #LilyPeters outside her elementary school. Chippewa Falls Police say they have increased police patrols around area schools, especially during drop-off and pick up times. @KSTP pic.twitter.com/OKk8qP7IC9

On Tuesday evening, Chippewa Falls Police Chief Matthew Kelm said a juvenile suspect had been arrested but did not provide any other details at the time. “While nothing will bring Lily Peters back or change what happened, we are very grateful to be able to deliver this news for the family and for the community,” the chief said. "The suspect was not a stranger," he added, as per USA Today. "The suspect was known to the victim." More than 200 tips that authorities received about her death were “critical to solving this case,” he said. Lily Peters is remembered by her family as a lovely child. "She's a very sweet little girl," her great grandmother, Diane Eyerly, said Tuesday in an interview with the Journal Sentinel, part of the USA TODAY Network. "She's very polite and very sweet."