Ron says he is thankful to the state police and Schubert for solving his sister's decades-old murder. 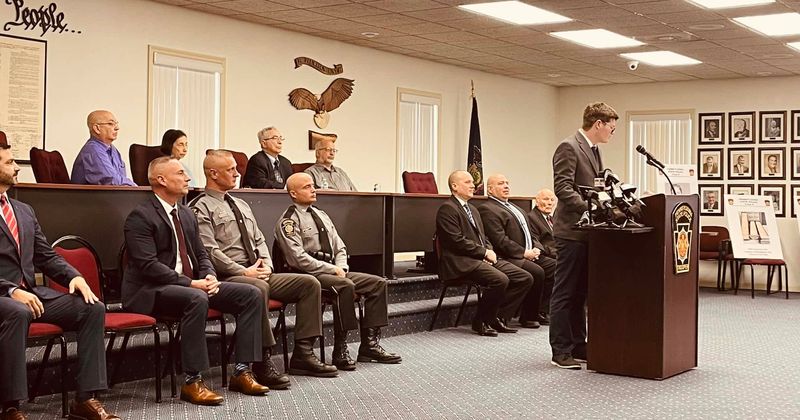 Trigger warning: This story mentions details of abuse and murder of a minor that may be disturbing to readers.

On March 18, 1964, over 57 years ago, the death of then 9-year-old Marise Chiverella became the most notorious unsolved murder in the whole of Pennsylvania. According to PEOPLE, the third-grader had set off by herself on the 10-minute walk to St. Joseph's Parochial School in blue-collar Hazleton at around 8 am on that ill-fated day without her four siblings because she wanted to get to school early to deliver cans of pears and beets to Sister Josephine in honor of her teacher's Feast Day.

Around 1 pm the same day, a man who was teaching his teenage nephew how to drive near an abandoned strip mine turned garbage dump noticed what they thought was a large doll lying on top of the refuse.

It wasn't a doll, it was Maise. Her hands were tied together with one of her shoelaces and her ankles with the other. She had been sexually assaulted and strangled to death. At the time, investigations were launched, and several people were questioned by the state police, including a priest, who had been suspected in a murder in Bristol, Pa., as well as a local exhibitionist who committed suicide after he was asked to come in for a polygraph test. But they didn't arrest a single person.

"It seemed like everybody could have committed this crime," Pennsylvania State Police Corporal Mark Baron said. "There were a lot of messed up people back in the early 1960s."

Since the murder, Marise's parents, Carmen and Mary, died without knowing who had killed their jump-rope-loving, organ-playing, little girl who aspired to be a nun.

How a College Student Cracked the 57-Year-Old Unsolved Murder of a 9-Year-Old Pennsylvania Girl https://t.co/IYpdW3wkwJ

"She and I used to tease each other, but we had a special relationship between us," says Marise's older brother Ron. "Little sister and I was the older brother. I used to get my back scratched, so she'd scratch my back, and then we would all take advantage of her on that one too. She used to bite her nails, but she would scratch our backs and so forth. She got to a point where she learned that she would be able to ask for a quarter or nickel back then for her time. But she did it out of love."

After her death, says Ron, the family was "in a state of desperation."

He vividly remembers the day after they found Marise, back in 1964. "The house was in chaos," he says. "People screaming, crying, rolling around, literally, on the floor, some of the aunts, because of the horror of it all. My mother was totally in shock. The family doctor was there administering some type of sedative to her. My father was like a zombie. It was horrible, even to just try and describe."

Two years ago, with no hope in sight, the police department decided to approach a "kid" to help them out. The "kid" was 18-year-old college freshman Eric Schubert—now 21—who did genealogical research as a hobby, mostly helping people draw their family trees but also working with law enforcement to search for suspects.

Schubert had read in the newspaper about the efforts to find the girl's killer, so he reached out to offer his services. "I just figured I'd send them an email and say, 'I'd love to help if I'm not stepping on any toes because I like to think I know what I'm doing'," Schubert says.

The cops decide to meet him and were impressed that he came prepared. He even had a portfolio, said Baron, the lead investigator on the Chiverella case. Still, Baron says, after listening to what Schubert had to say, "we walked away thinking the kid was on point."

"It reenergized a lot of people and gave us new hope, and then it was full speed ahead," says Baron. "He's calling my phone here in the office, and then later on it was text messages, and cell phone calls. But I would say emails multiple times a day. Once we brought him on board, he didn't stop."

Finally, after spending close to 20 hours a week for nearly 18 weeks, Schubert closed in on a local bartender named James Forte, who had a criminal record but was never considered a suspect. Forte died of natural causes in 1980 at age 38.

Today was one of the most meaningful days of my life. I announced, with the @PAStatePolice, that we had solved the cold case homicide of Marise Ann Chiverella.

So thankful I was able to help — Marise’s family now having answers is priceless to me. I will forever remember her. pic.twitter.com/uK02wsIw9J

The evidence provided to the court was compelling enough and they were allowed to exhume his body. A DNA sample removed from the clothing Marise wore the day she died was a positive match to Forte's.

The teen did a lot to get to the bottom of the case, but he says he is "just so relieved for the family," says Schubert.

Ron says he is thankful to the state police and Schubert for solving his sister's decades-old murder. "There's an emptiness there that's never going to change," he says. "But now that we do know, that helped close that door, which is a blessing."