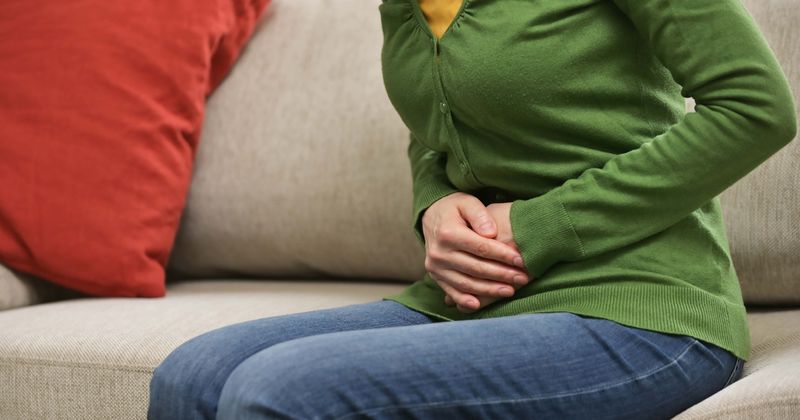 Hannah Catton had long dealt with a host of symptoms starting in 2019 including bloating, feeling full, irregular periods, and frequent urinary tract infections. However, doctors in both her hometown of Kent, England, and new home of Melbourne, Australia, always dismissed them as nothing major. The 24-year-old was prescribed antibiotics and told it was menstrual stress. One doctor told Catton to lose weight. “I was really rather angry as I’m reasonably (physically) fit. I’m a size 10 and had a bloated abdomen but otherwise didn’t consider myself overweight,” Catton told TODAY via email. “I thought she was wrong and everything she said to me after that I didn’t put much faith in it.”

“The number of messages I’ve had from ladies with stories so similar to mine - where they have been brushed off by doctors and told it's weight, hormones, menopause, etc —is shocking.”

PAINFUL PERIODS HAVE NOTHING TO DO WITH WEIGHT (or hormones).https://t.co/1HQo2ExFok

After visiting several doctors and determining that her weight wasn't the issue she finally went to a gynecologist who performed an ultrasound. What was revealed was shocking. The results showed what was likely a 10-centimeter fibroid around her uterus. Catton was put on the waiting list for surgery but by October 2021 Catton collapsed in pain after a horseback riding session. "When I dismounted after the first-day riding, I collapsed in pain to the point of almost vomiting. It was excruciating," she told the outlet. "I didn't want to waste anyone's time so I took as much pain relief as I could and tried to sleep it off."

The next day, the veterinary nurse tried working out but collapsed again, and this time her boyfriend made her go to the emergency room. After ultrasounds, MRI and CT scans and blood tests experts concluded that she had stage 1 ovarian cancer and that her tumor had ruptured. After emergency surgery to remove the tumor, Catton started on her cancer treatment.Sshe goes through four rounds of week-long chemotherapy. Now, Catton is hoping to raise awareness, and "help other women advocate for themselves more", and request additional tests, according to BBC. "The symptoms are very generic, but if you're experiencing them don't brush them off," she added.

Hannah Catton Health: Who Is She? How Are Ovarian Cancer and Weight Gain Related? Photos pic.twitter.com/gWbv3huniN

Ovarian cancer is known as "the silent killer" as symptoms can be confused with other illnesses or even PMS. Some signs to look out for include:

An important reminder that "If you have any of these symptoms it's important to chat to your doctor" Dr Brooke Vandermolen, sharing some of the most common symptoms of #OvarianCancer. Experiencing any worrying symptoms? Contact your GP. The NHS is safe, ready & here to help you. pic.twitter.com/LCAFiarwXd

Catton hopes her story will spark change and urge other people to open up about their health experiences, especially those period issues. She told TODAY, “I’ve learned to speak my mind more, to discuss with my (doctors) and push them with questions for more of an understanding of why I’m having XYZ treatment and to not feel bad for that,” Catton said. “It is their job to provide me with medical care and for me to understand what is happening with my body. Not talking about experiences like these means that they will keep happening to women. It shouldn’t happen. I should’ve been offered an ultrasound and referrals months before,” she said. “The stigma attached to complaining about period pain/issues and all the symptoms that includes needs to stop. So many lives are affected by it.”