"This incident is a parent's worst nightmare, and we are fortunate that this resulted in a positive outcome," San Jose Police Chief Anthony Mata said in a press conference. 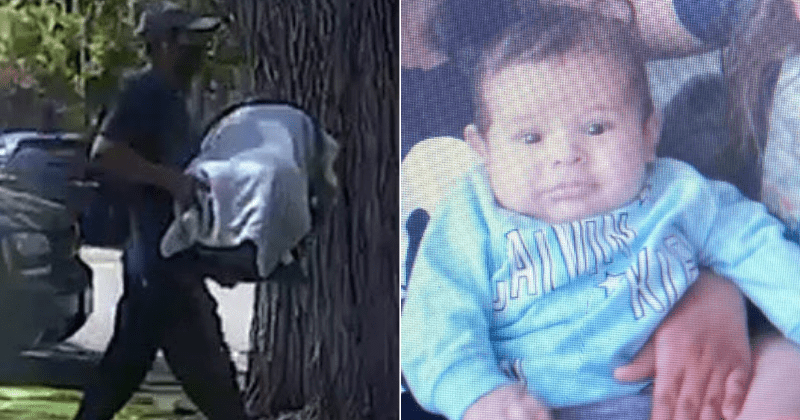 A 3-month-old baby that was kidnapped from the house while his grandmom unloaded groceries from their car has been reunited with his mother. Brandon Cuellar was taken inside the house by his grandmom and while she went back out to the car to get their stuff, someone went into the home and kidnapped him, according to PEOPLE.

"Happy to report that 3-month-old Brandon Cuellar was safely located a few hours ago," San Jose Police Chief Anthony Mata said in a press conference on the morning of April 26, 2022.

"Also, detectives have identified several individuals responsible for this incident. This incident is a parent's worst nightmare, and we are fortunate that this resulted in a positive outcome," continued the chief.

"Baby Brandon has been located," San José officials shared in an initial message on Twitter. "One suspect in custody. Stay tuned for additional details."

In a follow-up tweet, San José Police confirmed the infant was found alive. "Baby Brandon will be taken to a local hospital as a precaution but he has been located alive," officials wrote. "A million thank you’s to all who assisted. More to follow."

In a later update, the San José Police shared that two additional suspects were in custody. They also took the opportunity to thank social media users, as well as law enforcement officials.

In the same thread, they wrote: "We have some of the finest detectives in the nation. Nobody went home yesterday. In less than 24 hours he was located, and three suspects are being held. Thank you, FBI. We appreciate all the help."

On the day Brandon was reported missing, the cops released images from a surveillance camera, which showed an unidentified man entering a residence on the 1000 block of Elm St.

The man then left the home carrying an infant car seat that was covered with a blanket.

Officers are currently working this incident. The male you see in these images captured from a surveillance camera entered a residence in the 1000 block of Elm St.

He left with a 3 month old baby. The family does not recognize this suspect. pic.twitter.com/BJ0R44JOP2

Though the family did not recognize the suspect from the security footage, police strongly believe the suspects have a connection to the family, and they're trying to figure out what that is, per NBC News.

Meanwhile, San Jose police spokesman Sgt. Christian Camarillo confirmed that one of the three suspects taken into custody, a woman, was with Brandon's grandmother before the infant was taken. "This was a person who was with the grandmother yesterday when they went shopping, she was present at the apartment complex when this happened," he told reporters via CBS San Francisco.

Apparently, the woman in custody as one of the suspects was initially considered a witness, but "Quickly, that moved into a person of interest, and then a suspect. There were some inconsistencies with the story she was giving us," Sergeant Camarillo said. "Obviously, our detectives did a good job of pointing out the inconsistencies she was sharing. Like I said, she went from a witness to a person of interest, to a suspect."

3/ The baby is Brandon Cuellar, 3 months old. He was wearing a white long sleeve onesie with dinosaurs on it. pic.twitter.com/qMVUOmW8Oo

"She will be booked sometime today on several charges," he continued. "We do believe she played a role in planning this and helping the two additional suspects for the kidnapping of Brandon."

"As far as we know at this point in the investigation, the grandma didn't have anything to do or have knowledge of this planned kidnapping," he added.