health lifestyle relationship fitness people celebrity self parenting humor feminism
Life May Actually Flash Before Your Eyes On Death, According To New Study

Life May Actually Flash Before Your Eyes On Death, According To New Study

"This was actually totally by chance, we did not plan to do this experiment or record these signals." 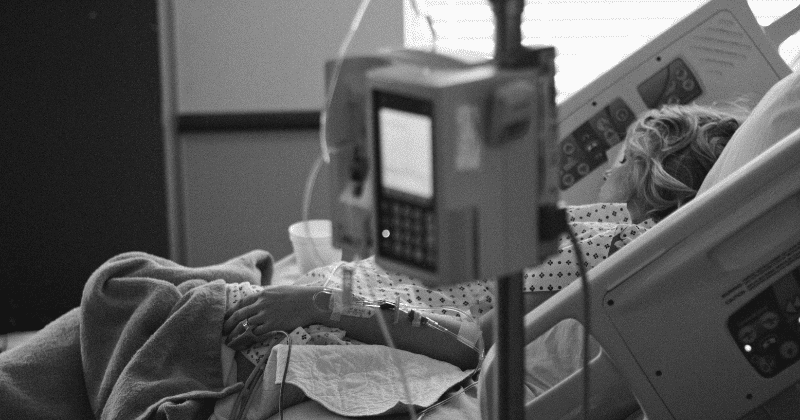 When a team of scientists decided to measure the brainwaves of an 87-year-old epilepsy patient for research purposes, little did they know that they would end up having a "Eureka" moment.

The patient suffered a fatal heart attack during the neurological recording, leading the group of researchers to receive an unexpected recording of a dying brain. They found out that in the 30 seconds before and after the myocardial infarction, the man's brainwaves followed the same patterns as dreaming or recalling memories.

Basically, brain activity of this sort could suggest that a final "recall of life" aka life flashing before your eyes may occur when a person is in their last moments, the team wrote in their study, published in Frontiers in Aging Neuroscience.

Dr. Ajmal Zemmar, a co-author of the study, said that what the team, then based in Vancouver, Canada, accidentally got, was the first-ever recording of a dying brain. "This was actually totally by chance, we did not plan to do this experiment or record these signals," he told BBC.

Life may actually flash before your eyes on death, says new study https://t.co/IlSjtGmU9Z

As for what exactly was in the "recall of life", it's something Dr. Zemmar finds hard to tell.

"If I were to jump to the philosophical realm, I would speculate that if the brain did a flashback, it would probably like to remind you of good things, rather than the bad things," he said. "But what's memorable would be different for every person."

Dr. Zemmar then added that in the 30 seconds before the patient's heart stopped supplying blood to the brain, his brainwaves followed patterns similar to when we carry out high-cognitive demanding tasks like concentrating, dreaming, or recalling memories.

The pattern continued 30 seconds after the patient's heart stopped beating, which is when a patient is typically declared dead. "This could possibly be a last recall of memories that we've experienced in life, and they replay through our brain in the last seconds before we die," the doctor added.

I agree partly that when you're dead there is nothing. However, imagine you have a heart attack, there is enough oxiginated blood in your brain for a time for function. I think it's reasonable to believe that all sorts of thoughts flash around as those cells die off?

Along with this discovery, the study also raises questions about when, exactly, life ends. Is it when the heart stops beating or when the brain stops functioning?

However, Dr. Zemmar has stated that no conclusions can be drawn from this one patient, since the fact that the patient was epileptic, with a bleeding and swollen brain, complicates things further.

"I never felt comfortable to report one case," Dr. Zemmar said. However, a 2013 study—carried out on healthy rats—may offer some answers.

In that analysis, U.S. researchers reported high levels of brainwaves at the point of death until 30 seconds after the rats' hearts stopped beating - just like the findings found in Dr. Zemmar's epileptic patient.

The similarities between both studies are "astonishing", Dr. Zemmar said.

Science is so REMARKABLE! Omg!

They now hope the publication of this one human case may open the door to other studies on the final moments of life. "I think there's something mystical and spiritual about this whole near-death experience," Dr. Zemmar said. "And findings like this - it's a moment that scientists lives for."