The 35-year-old told the jury she took these photos because her ex-husband wouldn't realize how out of control his substance use was. 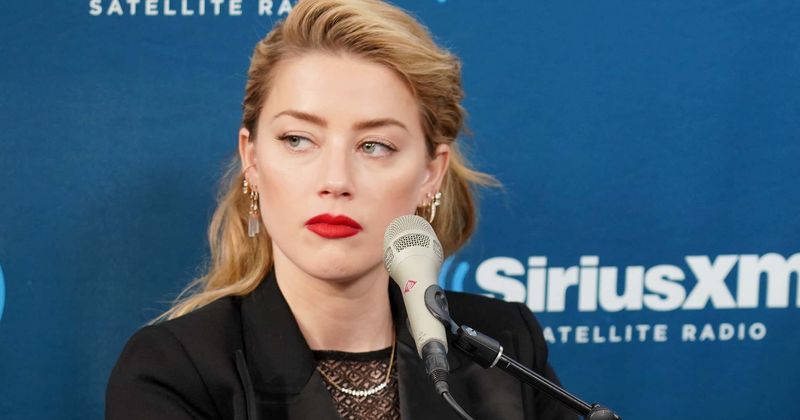 Johnny Depp is suing ex-wife Amber Heard for $50 million over a Washington Post op-ed in which she claimed to be a survivor of domestic violence.

Although she never named him, Depp claimed that the allegations ruined his Hollywood career. The Oscar-nominated actor has always denied his ex-wife’s allegations that he physically abused her while they were together. The couple married in 2015 and settled their divorce in August 2016. But the former couple has been embroiled in a public court battle since they split. Heard is now countersuing for $100million, and after three weeks of sitting silently in the courtroom during Depp's testimony, she is finally on the stand and sharing her side of the story, reports The Dail Mail.

Court shown photos of Johnny Depp 'passed out' on the floor https://t.co/TKY8WnFnbW pic.twitter.com/0cwMonuDdK

The 36-year-old actress told the jury on Thursday that she began taking photos of Depp passed out from drug and alcohol use because he wouldn't believe it or would deny how out of control his substance use was. Three photos of Depp were shown in court from 2013: one where he was on a private island, another in a Tokyo hotel room, and a third in his home in Los Angeles.

Heard claimed that she started to notice a "pattern of behavior changes" that would "significantly" complicate life "depending on what he was using." "I only could tell what he was using because I would have to look for clues. [He'd] pass out, and get sick and lose control of himself. And then people would pick him up and clean him up and fix it. And he wouldn’t either remember, or he would deny it, or he would accuse me of saying that this had happened when it didn’t. And there was no one to back me up. [It was] just him, his employees, and everyone who had been taking care of him versus my word, and so I started to take pictures [to] say: 'Look, this is happening.'"

The Aquaman actress began taking photos of Depp two years into their relationship when she looked for clues to learn that he had been using again. "I started to pick up on the clues, so I could figure out what I was dealing with. I understood enough about addiction to know you have to hit rock bottom, have some consequences to get better. At the time I was already sensitive, I'd been in the relationship for over a year. I'd already noticed there was this pattern of behavior changes that would make my life significantly more complicated or peaceful or difficult or wonderful dependent on what he was using. I could tell what he was using because I'd have to look for clues. He'd pass out, get sick, lose control of himself. People would pick him up and clean it and fix it." On the second day of Heard's testimony, Depp was all smiles as he came up o the court.  Less than two years ago, the Pirates of the Caribbean star lost a libel case against a British tabloid that described him as a 'wife-beater.' A London High Court judge found that he had repeatedly assaulted Heard. In March 2021, his attempt to overturn the decision was overruled.

The actor has spent much of that time describing the couple’s volatile relationship and denying that he ever physically or sexually abused Heard. https://t.co/gTpGfmEenk