They had the perfect marriage, one that spanned half a century. So when he passed away, Lansbury nearly broke. 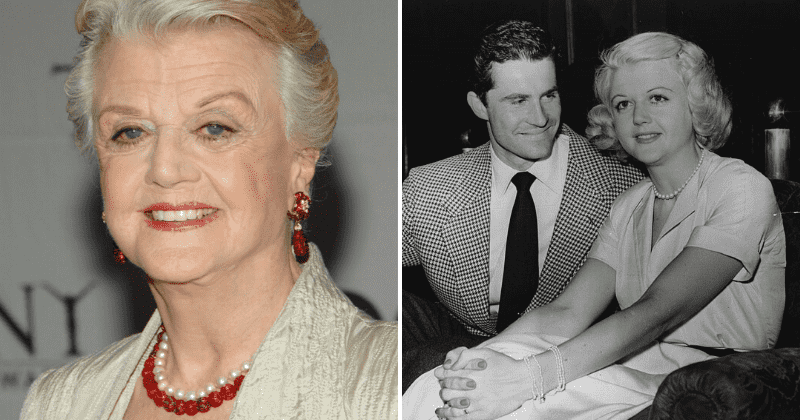 Murder, She Wrote is one of the most gripping TV series that still has people watching reruns of, despite its end after 12 seasons in 1996. And at the helm of that success is none other than the actress who played the captivating mystery writer and amateur detective, Jessica Fletcher. The actress who recently turned 96 years old on October 16, is known for her stunning screen presence and elegance off the screen. But behind the 96-year-old Angela Lansbury's grace and elegance is a woman whose soul was ripped apart from the loss of her beloved husband of 53 years, Peter Shaw.

Let's start at the beginning

At a very young age, Lansbury had married actor Richard Cromwell only to break it off with him under a year later. Though the couple did not reveal their reasons for it and it did hurt her that the marriage was broken, she didn't regret it, according to Pink News UK. "I was absolutely shattered when he left, although we found a way to remain friendly right up until his death from liver cancer in 1960," she stated, reported the Daily Mail.

But most of all, it allowed her to meet the true love of her life, Shaw. The two met each other while they were working for MGM before getting married in London in 1949 and enjoyed a marriage that lasted more than five decades, a rarity in the Hollywood industry.

And according to Independent.ie., it was a truly happy marriage. "I had a wonderfully happy marriage to Peter. We were both doers. We had the same sort of energy. We did everything for the family and that was our mutual thrust at all times. We had our moments when we could have hit each other out of the ballpark but it didn't allow us to think that we couldn't make it through. We always made it through," the award-winning actress said. As she states in an interview with CNN, he was willing to give up his highly successful career for the "purpose of helping me to have this career in television." But it was a decision they made together and it made going to work more worth it and fun.

When he passed away, it nearly broke her

In 2003, the actor-turned-studio executive passed away due to congestive heart failure. And the pain of losing him sent her into a depressive phase. "We had the perfect relationship. Not many people can say that. He was everything to me: we were partners at work as well as husband and wife and lovers. I don't know how we had such a long marriage, but the simple fact was that we were devoted to one another," Lansbury said, according to the Daily Mail.

But instead of forcing herself to get out of it, she simply waited until she surfaced from it on her own. She said in the CNN interview, "I just knew I had to wait, and the moment would arrive when I had to look at the surface again and find a way to mend the rift inside my soul."

And slowly, with time, she was able to find herself again, knowing that her beloved would have wanted her to continue working. Now, the mother-of-two reiterates just how solid a bond they had. "We made all decisions jointly and we helped and supported each other constantly. My career was important to me but our children, Anthony and Deidre, always came first."

Hence, when she was ready again, she took on various projects, from Nanny McPhee to Little Women to Mary Poppins Returns but also made sure to be there for her family. Even now, she is preparing for her role in The Adventures of Buddy Thunder, a movie still in its pre-production phase, according to IMDB. And while that is happening, she is more than happy to be a grandmother and great-grandmother.

"I’ve just become a great-grandma for the first time (it’s my grandson Peter’s first child) – now that feels pretty wonderful. And of course, I’m doing all the spoiling. If there’s one thing I want more time for at this stage of my life, it’s them," she told Woman and Home.

Angela Lansbury may be 96 years old, but this woman is a true sign of strength, elegance, and grace. And we only hope that we get to see more of her.