health lifestyle relationship fitness people celebrity self parenting humor feminism
Divorced Since 1999, Angelina Jolie and Jonny Lee Miller Are Proof That Exes Can Be Friends | "There Are No Regrets"

Divorced Since 1999, Angelina Jolie and Jonny Lee Miller Are Proof That Exes Can Be Friends | "There Are No Regrets"

The couple met in 1995 and married a year later. They were married for just three years but have only good things to say of each other. 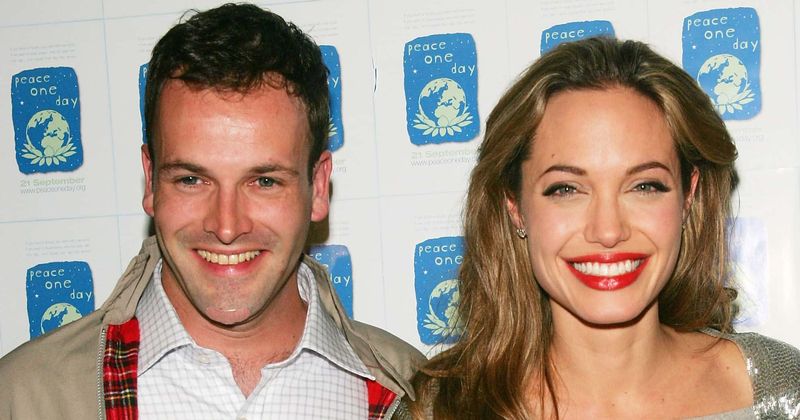 Imagine being young and in love. Everything seems right when you're with your other half, but slowly things start changing. And, you're not sure who's changing faster. The most mature thing people in a situation like this can do is either work on their relationship to grow together or amicably part. Some people are lucky enough to find that person who is willing to change together while some others are lucky in finding someone who is ready to be a friend for life. Whether they are together romantically or not.

Angelina Jolie and Jonny Lee Miller met in the mid-90s while working on the film Hackers. She was only 19 and he 21 when the film was being shot in 1995. Miller, now the star of TV show Elementary, was then an up-and-coming actor who made it big with Trainspotting in 1996. The couple got married in 1996 in a civil ceremony after the filming of Hackers ended filming, according to Heavy.com.

"We both proposed to each other and both had questions to ask. I wondered if we should stay engaged for a while since he was going to be in Britain and I would stay in LA. But we went for a quick wedding," she said, as per Koimoi.com.

Jolie wore rubber pants and a white T-shirt with the name "Jonny Lee Miller" written on the back of the shirt — in her own blood. "It’s your husband. You’re about to marry him," Jolie told The New York Times. "You can sacrifice a little to make it really special," she added.

The young couple's marriage didn't last long and they decided to call it quits in 1999. However, the Mansfield Park actor has no ill-will towards the Tomb Raider actress, who went on to become one of the most famous women in the world since their split.

"There are no regrets and no bitterness," Miller said. "Marriage was something that didn’t work out, and I had to make the decision sooner or later. I decided to make it sooner," he added, according to Heavy.com.

According to Koimoi, the Mr. & Mrs. Smith actress revealed once, "Jonny Lee Miller is pretty wild. It is good when you are with someone you love and can feel safe with. There’s a certain area which can’t be crossed because, deep down, you love each other. You can abuse each other more than anything, not just physically, but people who love each other can hurt each other too."

Now, it seems that none of them hold a grudge. They are still in touch and Miller showed up in 2011 at the premiere of Jolie's first film, In The Land of Blood and Honey, as a director. In 2014, in an interview with Buzzfeed (via Hello Magazine), the Salt actress said that when she thinks of Hackers now, she thinks of, "Well, oddly, love. That’s where I met Jonny, who is still a great friend. So I think of him when I think of that. Although, I’m sure the movie looks so ancient now, but we had a lot of fun making that."

She had previously revealed that in a scene they had shot for the film, which later got deleted, she had to bare her breasts. "All the guys started looking away. I was there with my top off but the male crew was embarrassed and they didn’t want to stare. Jonny Lee Miller and I kept things quiet about what was happening between us because it was still important that the guys in the film would feel they could hang out with me. Everyone could see we liked each other, but nothing more," she said, as per Koimoi.

In recent years, Miller said, "Yeah - we're still friends," as per BramptonGuardian. When asked if they were able to date normally back then, he said, "There wasn't one [a big deal], because we were both completely unknown. Angie wasn't ... it was pre all that."

Jolie went on to marry Billy Bob Thornton and later Brad Pitt. She is still friends with Thornton, who called her "amazing" many years after their divorce, as per Us Weekly. However, she and Pitt have been at loggerheads over custody of their six children. Of late, they have been coming to terms. "Things between Brad and Angelina are better than they have been," an insider told Us Weekly. "They’re more cordial — they’re aiming toward resolutions that work for each of them."