Her heart was broken and she felt extremely betrayed after breaking up with her ex, but when she met Adam her heart opened up to love again. 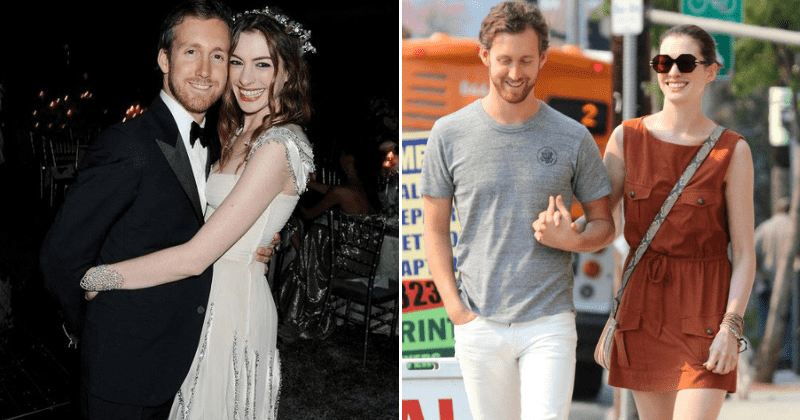 “I took my trust out for a ridiculous joyride with him,” Hollywood's princess Anne Hathaway told a magazine in 2013 about husband Adam Shulman.

Before she met him, her heart had been broken and she had been betrayed by her con man ex, Raffaello Follieri. He had pled guilty to 14 counts of wire fraud, conspiracy, and money laundering, and she had been unaware of it all, according to The Cut. Her life has come full circle since then and she has found humor in that part of her life by playing a con woman twice, once in Ocean's 8 and then in The Hustle. However, before she could mend herself enough to be able to make light of it, she met someone who helped her through that phase of her life.

By her own admission, the time when she met Adam Shulman was when she was just ending her relationship with the Italian Follieri.

“I knew from the second I met him that he was the love of my life,” the Les Miserables star told the Harper's Bazaar UK, according to People. “I also knew that I couldn’t have met him at a worse time," she said. But, her belief in love at first sight was not undone by what had happened in her life. Even though she was struggling with being able to trust again, she took the chance with Adam.

“It was scary. But as the days wore on it kept getting better and better. I found that the love I found for him made me more trusting of everyone, and the more I started to see who I had become," she said.

The couple married in Big Sur, California in 2013 September and they welcomed their first child together in 2016. Their love is as strong as ever. He still makes her smile and she looks forward to every day with him. Apart from being an actor, Adam is also a jewelry designer, and helped design Anne’s wedding ring, according to Metro UK.

“He walks into a room, and I light up. I can’t help it,” she says to People. “A few days into [filming Les Miserables], I said, ‘I’m having too much fun, I just want to play with you and I need to be really sad right now'," she said.

It's been seven years now and she recently announced she was pregnant for the second time as she showed her baby bump. She also shared her support for women struggling with infertility. "All kidding aside, for everyone going through infertility and conception hell, please know it was not a straight line to either of my pregnancies," she said. "Sending you extra love."

The strong mommy had also shared a loving message to all other mothers the last time she had given birth. "Love what you have been given," she had said, according to CNN. "There is no shame in gaining weight during pregnancy (or ever). There is no shame if it takes longer than you think it will to lose the weight (if you want to lose it at all). There is no shame in finally breaking down and making your own jean shorts because last summer's are just too dang short for this summer's thighs. Bodies change. Bodies grow. Bodies shrink. It's all love (don't let anyone tell you otherwise)," she added.

She has made us believe in love at first sight again. Their cute and passionate love and the PDA makes us wish that we get to see them like this for the rest of their lives. It's an inspiring example that younger Hollywood couples have more faith in marriage and commitment.