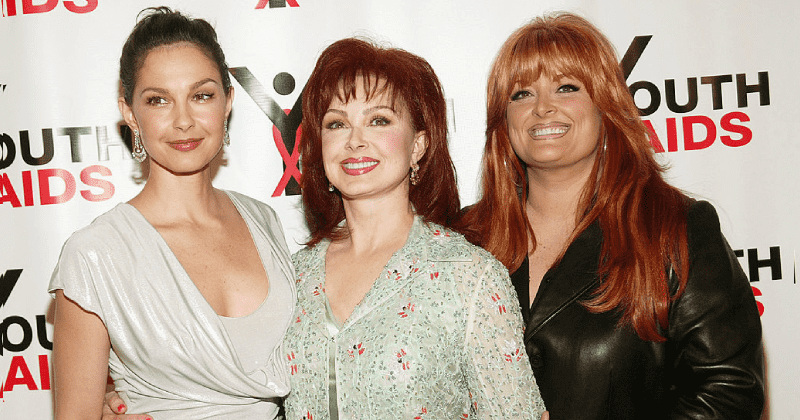 Trigger warning: This story contains themes of suicide that some readers may find distressing.

This Mother's Day was an emotional one for Ashley Judd, as the holiday came just days after losing her mom, country music star Naomi Judd.

The singer reportedly died by suicide at the age of 76. Ashley Judd wrote a heartbreaking and moving tribute to her mother in an essay for USA Today.

"My mama was a legend," she wrote. "She died just hours before her peers at the Country Music Hall of Fame could demonstrate to her how much they esteem her. She died just days before my sister and I could show her again how much we love and honor her."

On April 30, Ashley Judd and her sister, Wynonna Judd, announced that they had lost their “beautiful mother to the disease of mental illness.” It hurts all the more for Judd that she would have seen her mother in about a week for Mother's Day. “It wasn’t supposed to be this way. I was supposed to visit her on Sunday, to give her a box of old-fashioned candy, our family tradition. We were supposed to have sweet delight in each others’ easy presence. Instead, I am unmoored.”

Irrespective of what happened, Judd is still "replete with gratitude" for what her Mom left behind," including her music and memories. Naomi has been outspoken about her struggle with mental illness. Ashley Judd said her heart was filled with "incandescent rage" because of how much burden her mother had to carry through her life. "My mother was stolen from me by the disease of mental illness, by the wounds she carried from a lifetime of injustices that started when she was a girl. Because she was a girl,” said Judd.

Judd explained that her Mom was under tremendous pressure. "Motherhood happened to her without her consent. She experienced an unintended pregnancy at age 17, and that led her down a road familiar to so many adolescent mothers, including poverty and gender-based violence," she wrote. Judd said she channeled her power into her children and encouraged them to use it to empower themselves and others. "Forgive me if my grief isn't tidy. When I think about my mother, I am awash in the painful specifics. It's a little easier, this Mother's Day, to think about mothers in the collective, to wonder whether we value them," she added. Much of Naomi's trauma stemmed from sexual and childhood abuse in her past.

"Motherhood should always be a choice," she wrote. "Does that sound radical to you? Does that sound like I wish my sister and I hadn’t been born? If that’s what you think, I will gladly direct my incandescent rage at you. When we accept as normal that women and girls will drop out of school and the workforce because they are expected to take on the unpaid labor of child care? When we fail to protect girls from poverty and violence?" she asked.

Judd said UNFPA reported that nearly a quarter of women have no power to say no to sex and to make their own decisions about health care. More often than not, motherhood happens because of violence, neglect and because schools and health systems fail to provide sex education and reproductive health information. This doesn't enable women to make their own choices about sex, contraception, and motherhood.

She wants to remind the world of the importance of having that choice and what an incredible woman her mother was. “She was an artist and a storyteller, but she had to fight like hell to overcome the hand she was dealt, to earn her place in history,” she wrote, stressing that Naomi “shouldn’t have had to fight that hard to share her gifts with the world.”

She ended her essay with a message. "And I ask you to honor your own mother, if you are lucky enough to have her. Honor her for more than her labor and sacrifice. Honor her for her talents and dreams. Honor her by demanding a world where motherhood, everywhere, is safe, healthy – and chosen."