The Missouri man made a pros and cons list of whether to leave his then 28-year-old wife of four years. 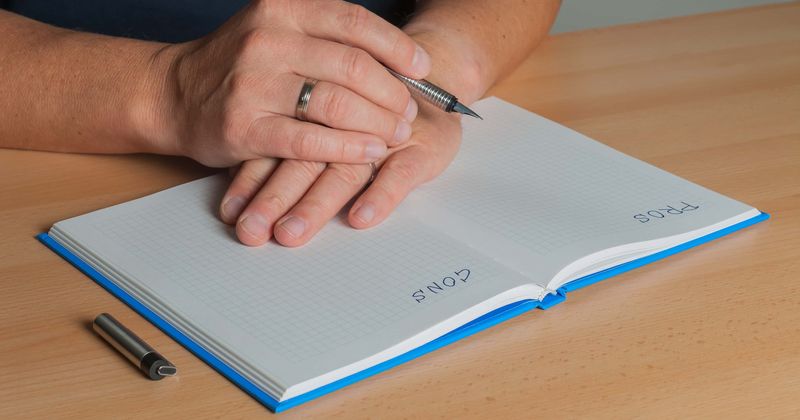 A Missouri man has been convicted of murdering his wife, who was six weeks pregnant, after cheating on her then writing a list of reasons to leave her.

Beau Rothwell, 31, confessed during the trial to killing his wife, Jennifer Rothwell, 28, but insists it was not premeditated. Beau killed his pregnant wife Jennifer Rothwell in November 2019. He hit her in the head from behind with a mallet after the couple engaged in an argument over an affair he was having.  According to the St. Louis Post-Dispatch, her body was found badly beaten a week after he reported her missing.

A St. Louis County jury on Thursday decided Beau Rothwell deliberated when he killed his pregnant wife, rather than murdering her in what he described as a “red haze” of rage.https://t.co/QfEyNPYp3e

Beau said he followed the mother-to-be as she stumbled toward the garage door and then delivered a fatal blow. “In the heat of everything, I hit her again,” Rothwell told the jury. “I believe I cracked her skull, she fell unconscious and fell down the stairs.” The heated argument turned violent when Beau would not reveal the woman's name who he was having an affair with. He testified that his wife told him to keep his "mystery bitch." She also alleged that the baby she was carrying was not his but a paternity test later confirmed Beau Rothwell was the father. “All this happened in just moments,” he said.

Cheating husband who made list about leaving pregnant wife guilty in her murder https://t.co/7Hpnh3Tp8J via @nypost this Ahole could have just divorced her no? Unbelievable!

Jennifer Rothwell reportedly searched “what to do if your husband is upset you are pregnant” on her phone before she went missing, police said, according to The New York Post. Her body was found about 45 miles northwest of her home. Beau had  dumped her naked body in the woods and then cleaned the house with bleach and discarded evidence in a dumpster near the highway. Police discovered bottles of bleach in the home and a wet, blood-stained carpet. Just hours after posting a plea to find his missing wife, Beau was arrested. “Some of you may have heard already, but last night my wife Jennifer went missing,” he wrote on Facebook. “I’ve filed a police report and the search is ongoing. Please, if you hear of anything or have any information it would be greatly appreciated."

During his trial, a piece of evidence included a pros and cons list which was found by his supervisor in a notebook at work. According to PEOPLE, On the plus side of leaving the marriage, Rothwell wrote, "nicer," "proven mother," "better sex life," "more respect" and "fresh start," among other things. On the negative side, he wrote  "Jennifer and her family," "have to move," "half my assets/money," "possibly get another job" and "my family disappointment," among others. According to Fox 2 Now, the suburban St. Louis man also wrote on the list, "Is the cost too high?" The list was dated 7/31/2019 and his wife died on November 11, 2019.