The woman's video showed her fishing for her contraceptive device, and once she manages to pull it out she shared in the caption that it was the "Catch of the Day: Mirena IUD 2 inches." 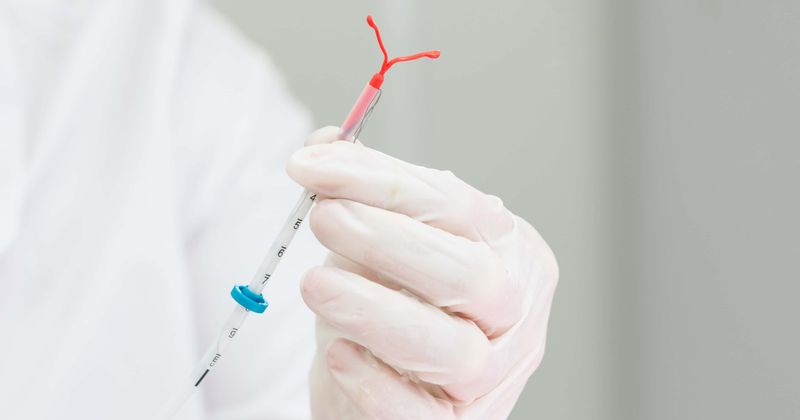 Anything can go viral on the video-sharing platform, TikTok. People are quick to jump on the trending bandwagon by trying things themselves and sharing their experiences on the platform. While some of the videos are educative, immersive, and beautiful, there are some that can potentially be harmful and in some cases, dangerous.

Recently, TikTok user and single mom Mikkie Gallagher shared a video (that seems to have been taken down now) in which she pulls out her Mirena intrauterine device (IUD) on her own using just her (gloved) hands. "this is NOT medical advice but it only took 2 minutes 😳 #fyp #momsoftiktok #periods #iudremoval #iud #mirena #momtok #diy #birthcontrol #gonefishing," the woman captioned her video.

According to Women's Health, an IUD is a small plastic T-shaped device that is usually used as a form of birth control. Once inserted in the uterus by a doctor, it stays to prevent pregnancy.

In the controversial video, Gallagher shows off her blue gloved hands, while a caption across the screen reads, "Come along for a little IUD removal."

She then shared, "Diving right in...", and she visibly flinches as she "goes fishing" for her inserted IUD. In just a matter of minutes, the IUD is out. "A lot easier than I thought, TBH," she added in the caption. "Catch of the Day: Mirena IUD 2 inches."

"🚨PSA THIS WAS A LAST RESORT AFTER 2 YEARS OF CONSTANT PAIN & 5 DOCTORS REFUSING REMOVAL - AND WAS DONE AFTER A TELEHEALTH CONSULTATION WITH PP 🚨," she wrote in the comments.

What's surprising is that Gallagher isn't the first woman to give it a try. In the comments section, many women confessed they'd done this themselves, too. "I did this after I told my gyno it made me extremely depressed and anxious and needed it out and she told me the soonest I could come in was two months," one TikTok user wrote. The reason why many women turn to home IUD removals is probably that removing it professionally can cost anywhere from $50 to more than $1,000, and is often not covered by insurance, Insider reported.

Now, health experts are urging women not to do this at home, because this is something that must be done only under professional supervision. If removed improperly, it can cause a lot of damage.

"The most likely issue with attempts at self-removal is an inability to remove, usually because the person cannot reach or find the string for removal," says Kelly Culwell, M.D., A board-certified OB-GYN said. "However, rarely an IUD can become embedded or stuck in the uterus, so trying to remove it on your own can be painful or cause damage to the uterus or cervix when you're trying to remove it."

A reminder again: if you have an IUD that you want to be removed, please get it removed only by a professional!