health lifestyle relationship fitness people celebrity self parenting humor feminism
Dying Man, 27, Given Weeks To Live Marries The Love Of His Life: "Time Is Everything"

Dying Man, 27, Given Weeks To Live Marries The Love Of His Life: "Time Is Everything" 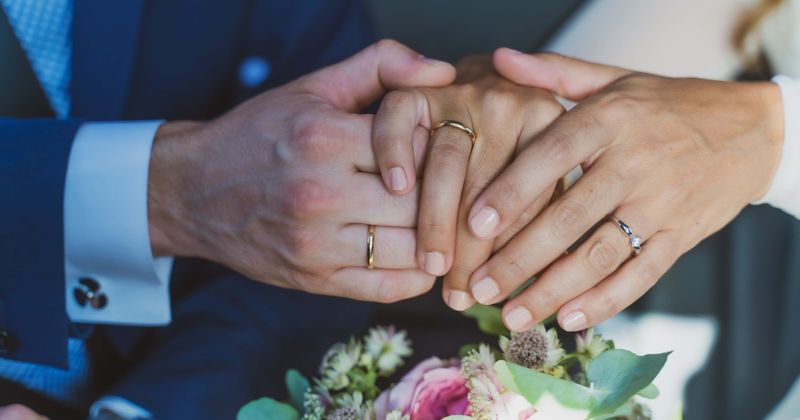 27-year-old Hunter Knisley was diagnosed with Becker Muscular Dystrophy, a rare condition that affects physical activity. According to Web MD, the condition develops later in one's teen years and can affect walking fast, running, and climbing stairs. As people with the condition get older they may need to use a cane or wheelchair to get around. "When I started playing T-ball, I ran different than the other kids and I was a lot slower," Hunter told PEOPLE.

SPECIAL REPORT: A 27-year-old father to three, Hunter Knisley, was given weeks to live after a lifetime battle with Becker muscular dystrophy, but that wasn't going to stop him from seeing his bride walk down the isle. https://t.co/r5ipAPcuUY

At the time Emily Draper was a year behind Hunter at Sheridan High School in Thornville, Ohio. "I thought he was adorable," said Emily of her now-husband. The two tied the knot in a dream beach wedding. "She's the love of my life," Hunter shared. In school, he was too shy to talk to her but later connected on Facebook ten years later! "I was like, 'Hey, might as well check in,'" he said. "Right off the bat, we felt like we were best friends," Emily said. Their first chat was 13 hours long! They bonded over a common love of Destiny's Child, the Backstreet Boys, Johnny Depp films, horror movies and Harry Potter.

27-Year-Old Man Given Weeks to Live Marries 'Love of My Life' in Beach Wedding: 'The Happiest I've Ever Been' pic.twitter.com/SFunueYU9k

"We click," Hunter said. "And she's gorgeous. I can't stress that enough. She's just a really good person and just wonderful to be around." By their third date Hunter had to be open with Emily about his health. Heart failure was common for patients with his type of muscular dystrophy, he told her adding that he wasn't sure how long he would live. "I told her there are a lot of uncertainties about where my health can go, and how soon that can happen, when that can happen," Hunter said. "I was very up front with her about it."

27-Year-Old Man Given Weeks to Live Marries 'Love of My Life' in Beach Wedding: 'The Happiest I've Ever Been' https://t.co/qXEshBM0bU

Emily who is a mother-of-two from a previous relationship thought deeply about how this would not only affect her but her daughters — Delanie, 6, and Delilah, 4. By then she realized that there are no guarantees in life either way no matter who she ended up with what. What was important was living in the moment and nurturing the relationship she had with Hunter.  "If I was going to have someone break my heart," said Emily, "I wanted it to be him."

While the family moved in together by 2019 they were waiting for Emily's divorce to be finalized. In December, Hunter went ahead and proposed. Since they had to wait a while to get married they opted to tattoo wedding bands with each other's initials on their ring fingers. "We decided to do the tattoos, just because it was permanent," Emily said. "I think it meant more. It's not something you can take off." On March 22, 2021, the couple had some other big news: they welcomed a child together: a baby boy named Maverick. "I've always wanted a son," said Hunter. "It was my dream."

Sadly things took a turn when Hunter went for a routine echocardiogram at Nationwide Children's Hospital. He was told that he was in end-stage heart failure and only had weeks to live.  "I was shocked," Hunter said because at the time he felt better than usual. "It was like a stab in the heart," she said. "I couldn't breathe, it was awful — not what we were expecting at all." "They told me it was really bad," she said.

Hunter's dying wish was to marry the love of his life in Myrtle Beach, South Carolina and take his kids to see the ocean. And so he did. Emily had to talk to her lawyer to hasten the divorce process.  "Knowing that I had a limited time left, we just knew that we wanted to be married to each other," Hunter said. A former nurse at Nationwide Children's Hospital's Muscular Dystrophy Clinic, McDowell who described Hunter as "a gentle spirit" quickly planned a free wedding, partly thanks to donations from local businesses. "I thought, 'I'm going to do whatever I can for these guys. They deserve it,'" McDowell shared. "I just felt like God just orchestrated this whole thing for them, just to give them hope in the midst of bad news. They needed this right now." The couple is uncertain about the days ahead but they're staying strong and grateful. "Always keep your head up and keep going, no matter how hard things get," said Hunter. "Because time is everything."

Congrats to the beautiful couple!

TONIGHT: After recieving a terminal diagnosis, Hunter Knisley had one wish - to take his family to Myrtle Beach and marry the love of his life. Tuesday night on ABC15 News at 6, hear Hunter and his now wife, Emily's, powerful story. https://t.co/pbyBf1CNLp pic.twitter.com/3urt0XGfMf