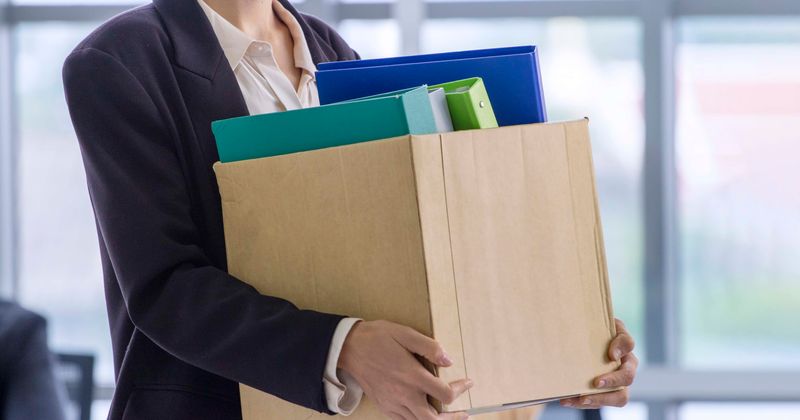 Many employees nowadays are sharing stories of toxic work culture where managers treat them unfairly. Whether it's by being condescending or expecting employees to behave like robots, more and more people are calling out their unreasonable employers. One person took to Reddit's Antiwork forum to share one such incident. The person reported to their manager that they were too sick to leave the bathroom and were unable to work a shift. They even had a doctor's note for it. But the unreasonable employer told the person that they had to show up or find someone to cover the shift themself or be fired.

“I lost my job of 3 years because of this,” the Reddit user captioned the post title with a screenshot of the conversation between them and the manager. “You need to find someone to work your shift or you work your shift,” said the manager after receiving a photo of the doctor’s note. “[I] have a doctor’s note?” the worker pointed out. “And your [sic] not contagious,” the manager responded. “[I]’m vomiting and throwing up and can’t get out of the bathroom,” the worker explained with a skull emoji. “And you are texting me, so you can either find someone to work or you work, or you just don’t work here anymore,” the manager concluded. All the worker could say in response was “bet.”

Even hardworking employees fall sick, so how can a manager think it's okay to treat an employee like this? Other workers on Reddit pointed out that the work culture in America is becoming ridiculous, expecting employees to not behave like humans. One Reddit user wrote: How does texting indicate you’re fine to still come in? If you went all the way to a Dr, checked in, waited in the waiting room, was examined, then given a Dr note, I think you’d be able to send a quick text… Then if you actually couldn’t text because you’re that sick you’d be a ‘no call no show’ and fired for not giving notice. Managers like this just like being assholes. His next complaint will be how he can’t find loyal consistent workers because ‘nO oNe wAnTs tO wOrK aNyMorE’ even though he pulls this shit.

Many people also wondered why the worker had to do the manager's job of finding someone to cover for them. Another person added: I don't get why Americans put up with this. What's wrong with having actually reasonable worker-protection laws? If I'm sick and stay at home -- I receive my normal salary. Doctors note is only required if you're ill for more than 3 days, or if you're ill more than 3 times a year, otherwise simply informing your employer that you're ill is sufficient. With a doctors note, I can be ill for a complete year -- and get my normal salary throughout. (and if it sounds like that'd drive employers bankrupt, no it doesn't, our single payer healthcare-system pays for all prolonged illnesses, not the employer)
And this kinda thing is normal in wealthy democracies. The American system is cruel and inhumane.