Fun Test: The Way You Hang Toilet Paper Reveals Traits About Your Personality

There are two ways toilet paper can be hung and they both reveal different traits. 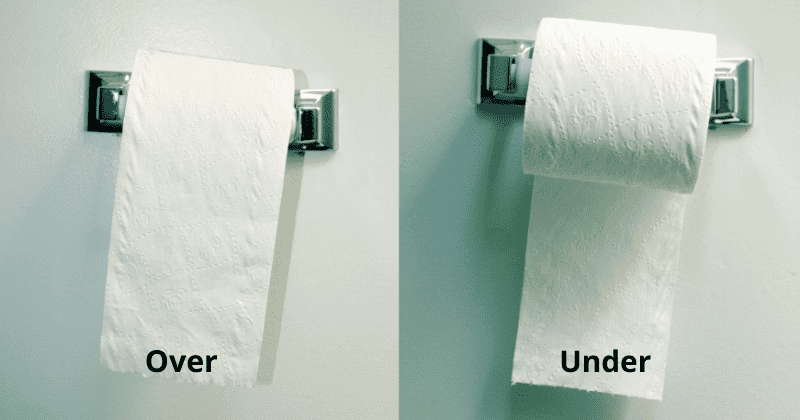 Toilet paper is a basic necessity, and while more people are concerned with actually remembering to replace the roll in time, there seems to be a connection between your personality and the way you hand your tissue paper on the holder. While most people hang the roll into the holder with the open end of the tissue outward, some put it in a way the end faces the wall, and falls under the roll, instead of over.

These two methods seem to be an ongoing debate in every household where the members have different methods. Back in the 80s, Oprah asked her audience whether they preferred when the toilet tissue unwinds over or under the spool. Well, only 32 percent of people were team "under" at the time, while the rest were team "over".

"Let me say that I, Oprah Winfrey, am an over girl myself," which was met with wild applause. The talk show host explained, "I prefer it over because it tears so readily."

Apparently, even the patent for toilet paper shows that it was designed to be hungover, and not under. But hey, we don't judge here, because, to each their own.

The patent for toilet paper should settle the over vs under debate pic.twitter.com/arZl6l6ALn

But, according to relationship expert Gilda Carle, Ph.D.—author of Don't Lie on Your Back for a Guy Who Doesn't Have Yours—the way you prefer to hang your toilet paper also speaks volumes about who you are as a person.

Carle conducted a survey of more than 2,000 men and women, aptly called The Toilet Paper Personality Test in 2016, where he asked people what their preferences are.

If you like your toilet paper to roll over the spool:

You are someone who loves being in charge; it comes naturally to you. Whenever you walk into a room, all eyes are immediately on you, and you enjoy the attention, as it fuels your desire to get things done. You are an overachiever and you never settle until you accomplish whatever you've set your mind on. People depend on you to make the right decisions for them, and you never fail to impress them with your choices. In simple words, you're more dominant in nature.

If you like your toilet paper to roll under the spool:

If there's one word to describe you, then it's easygoing. You don't always feel the need to be the best at everything, because you know there are some things that you are good at, and you like it that way. You maintain your own pace and aren't bothered by what's happening around you.  For you, more than emerging as the winner, the importance lies in creating and maintaining valuable relationships that last a lifetime. Simply put, you are submissive in nature, but that's not a bad thing to be, at all.

So, which category do you fall into?