Husband Leaves Pregnant Wife Diagnosed With Cancer | "I Begged Him To Stay, But He Didn’t"

Tracey Ferrin, now 39, revealed that seeing her deteriorate became 'triggering' for Nick who was 20 years old at the time. 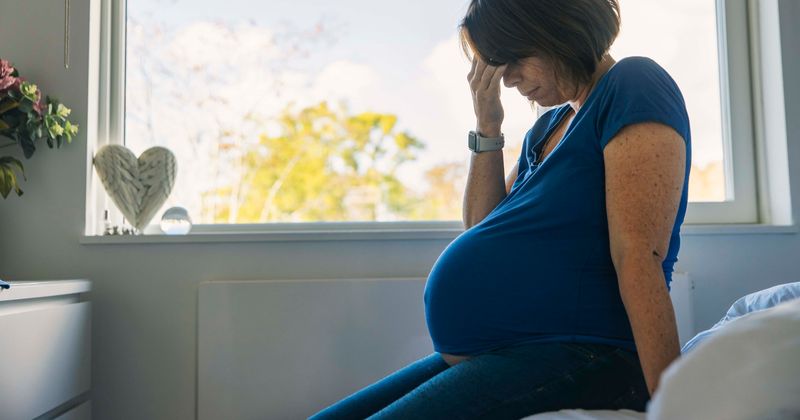 Tracey Ferrin learned that her relationship was not going to last in the most heartbreaking way.

She was six months pregnant, and was also diagnosed with cancer and undergoing chemotherapy. It all felt too much for her partner, Nick, who ended up leaving her.

Cancer survivor reveals her husband left her while she was SIX MONTHS PREGNANT and getting CHEMO https://t.co/G6cbSqU8ox

Ferrin's husband Nick had vowed to stay by her side in sickness and in health but when she really did end up falling sick it was overwhelming. The two got married very young: Tracey and Nick wed in 2000, right before they welcomed their first daughter, Elly. In 2001, a year after marriage the then-18-year-old was diagnosed with osteosarcoma — an extremely rare bone cancer — in her right leg. The couple, who already shared a 10-month-old baby, had to split up because Nick wanted a divorce. Ferrin who is from Houston, Texas told the New York Post that seeing her deteriorate became 'triggering' for Nick, who was 20 years old at the time. "The day he left me, I was in my bedroom, and I had just thrown up from the chemo," she recalled. "I think seeing me throw up is what triggered him. I don’t remember exactly what he said to me, but he called a friend to come and pick him up, packed a bag and left. I was totally heartbroken, crying and I begged him to stay, but he didn’t."

EXCLUSIVE: 'My husband left me while I had chemo but I'll never blame him - it made me strong'https://t.co/XiRB1Ktf4L pic.twitter.com/4WT5jHaOL4

One might think that Ferrin grew hateful and resentful, but in fact, the total opposite happened. Losing her supposed pillar of strength in the midst of everything she was going through motivated her to fight harder than ever for herself and for her children. “While I was going through chemo, doctors told me that it’s much more common for men to leave when a woman is sick than it is for a woman leaving when her husband gets sick,” she shared. The pair got divorced in 2003. Over the years, Ferrin's life which seemed dark and bleak and terrifying improved magnificently. She ended up giving birth to a healthy baby girl, Fayth, now 20. She fell in love with an incredible man named Ryan with whom she shares sons Bubba, 17, and Noah, 13. Her cancer has been in remission for 20 years now. The mother-of-four even authored her self-help tome Up Struggle: Embrace the Struggle, Become Stronger, Live Happier in 2020.

Ferrin does not hold any ill will towards her ex who died by suicide in 2016. Looking back she recognizes that Nick was struggling with his own demons.  “I think all those years ago we didn’t understand mental health. He wasn’t always the nicest guy but at the time I didn’t know he was struggling,” she told The Mirror. She added, “In general there’s a shame around it for men. It seems more acceptable for women to talk about it than men. I don’t know how much of that was a factor in Nick’s case."

My husband left me after I was diagnosed with cancer, just like Albert Pujols https://t.co/EB1B96XtyJ pic.twitter.com/ZfcUQxcZTT