Simply put, the female hormone estrogen, which is essential for healthy bones, falls after menopause causing a rapid decrease in bone density. 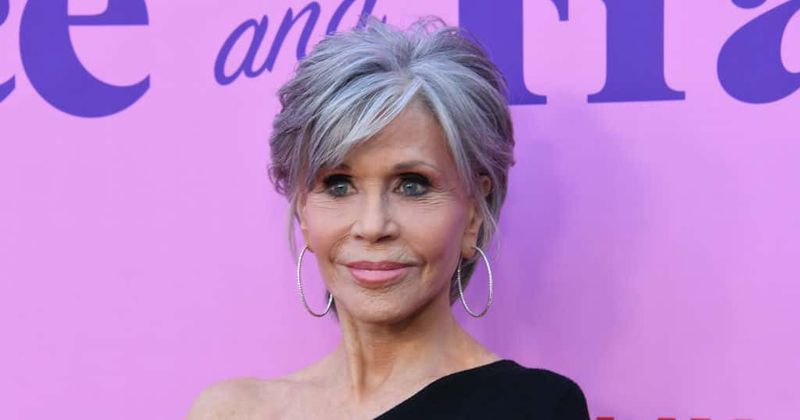 Jane Fonda has an incredible legacy. From the moment she began her film career in the 1960s till today five decades later, her career continues to soar with the last series of Grace and Frankie about to hit the streaming platform Netflix.

Despite being on top of her game, the 84-year-old actress has had to battle several health issues over the years, including osteoporosis, a bone disease that runs in her famous family.

“The fact that I hurt a lot — my body hurts — is a surprise to me, and it’s not because of all that working out,” she told British Vogue. “It’s genetic. My father (actor and director Henry) Ford had it, my brother (actor Peter Fonda)] had it."

"Your cartilage disappears and then it’s bone on bone, and then ‘ow’," she continued. "But we live in a time where you can just get a new one."

“I was just starting a new relationship and I had to be able to kneel," she added.

During the interview in 2019, she'd had both her hips replaced and was awaiting her second knee replacement surgery, though it is unclear if she's gotten the procedure done. But despite enduring all this pain, the actress doesn't let aging get her down. "I didn’t think I’d ever ever live this long — or feel that I’m whole or getting whole," she shared. "I feel very intentional about realizing that it’s up to me how this last part of my life goes.”

According to the Mayo Clinic, the condition "depends partly on how much bone mass you attained in your youth. Peak bone mass is partly inherited and varies also by ethnic group. The higher your peak bone mass, the more bone you have "in the bank" and the less likely you are to develop osteoporosis as you age."

However, "there is a direct relationship between the lack of estrogen during perimenopause and menopause and the development of osteoporosis. Early menopause (before age 45) and any prolonged periods in which hormone levels are low and menstrual periods are absent or infrequent can cause loss of bone mass," per WebMD.

According to NHS, women are at a higher risk of developing osteoporosis than men because the hormonal changes due to menopause directly affect bone density.

Simply put, the female hormone estrogen, which is essential for healthy bones, falls after menopause causing a rapid decrease in bone density.

But, there are ways and methods to stop or prevent the condition, and it all starts with keeping yourself healthy and happy, per WebMD. Make sure you move enough and lead a healthy lifestyle. Remember, nurturing yourself is essential for your well-being.