Gladys has been a loyal and supportive wife to the action star. They have been together for a total of over 24 years, with a break of seven years in between. 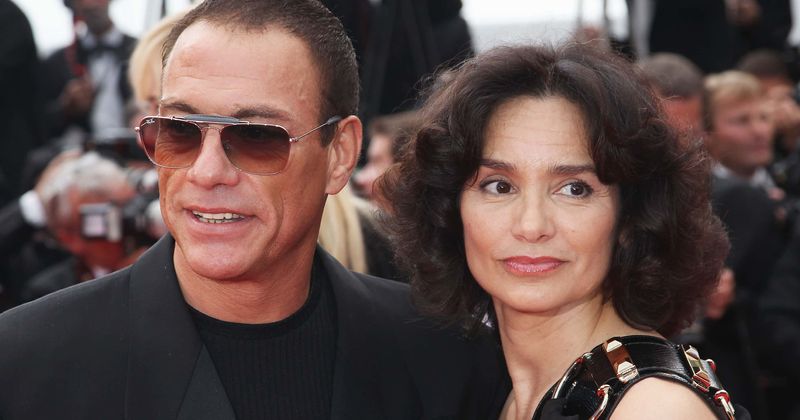 The Muscles from Brussels actor, Jean-Claude Van Damme (JCVD), has known highs and lows in his career and personal life. While he has been married a few times, he found lasting love with wife Gladys Portugues, who he married twice, and almost divorced twice. The couple had initially found common ground in their love for competitive sports. Like any other couple that has known fame, the struggles they faced were all heightened because of the constant public eye being cast on them.

He was trained in martial arts for years while she was a bodybuilder who competed for Ms. Olympia. The action star was floored by her beauty and charm. They had initially married in 1987 and were together till 1992 since he had a wandering eye. Seven years later, they married again and have been together ever since. However, almost two decades later the couple hit a roadblock and she wanted to separate again. The 54-year-old action star, though, made sure that their family stayed together this time around. He was still in love with her and couldn't imagine a life without her.

Upheaval is part and parcel of any couple's story, but the way this couple keeps coming back to each other makes it clear that their feelings for one another run very deep. No matter, how many fights they have if they are able to solve it peacefully and want to stay together that's a win for the relationship and their family.

In May 2015, he informed the world that his wife had a change of heart. He cited love and family obligations for the reconciliation. The couple has two children, Kristopher and Bianca, together. Gladys had cited "irreconcilable differences" as the reason for the split. She had sought spousal support from Jean-Claude, who has a $30 million fortune. However, the Time Cop actor promised to be better and today, the couple is still together.

"The JCVD family is still strong," the actor told TMZ. "The kids are strong, the wife is strong. There's so much divorce around the world and it's very bad for the children," he said.  Even though they decided not the break up they will have to work on their relationship. All relationships take work, especially the long-term ones, where the passion fizzles out after a while. However, when a couple has the will they can get together again.

"Divorcing before is not funny for the children, the people and parents... and even for the country. If people can stick together like in the old time it will make America strong," he said. He was asked why he changed his mind and he put it in a beautiful way. "Divorce is simple - it's a word - and love is a feeling. It's hard to mix both," he explained. "Feelings and words. Words are for legal, it's for the law, in a sense. Good or bad, the law is good, it can be bad sometimes. And the feeling is love, it's hard for lawyers to understand," he said, according to Daily Mail.

Gladys, who is his third and fifth wife, has often supported him as he tried to restart his career. She was there with him during the 2012 premiere of The Expendables 2 in London and the 2008 Cannes International Film Festival. They were also joined by their children and the actor's parents, according to E Online.

JCVD also added that he loved his wife of then 15 years. They have been together for a total of 24 years now.  "Of course, we love each other," he said. There has been no talk of disagreements between them in recent times and all seems well with the couple.