"I had two scans on the same day, and within the first scan and the second scan, the baby had passed," she shared. 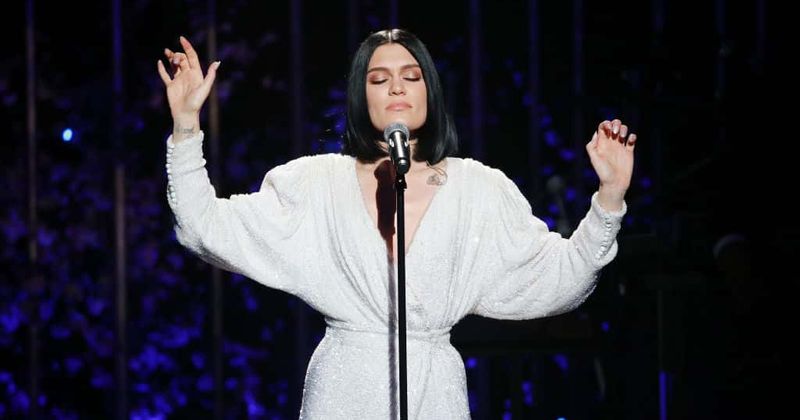 Trigger Warning: This story mentions child loss and miscarriage which may be disturbing to readers.

A miscarriage is a traumatic loss that takes a toll on the parents and the rest of the family as well. The sudden transition from joy to grief is a lot to process. It can be incredibly difficult to come to terms with the isolation and complexities of the emotions that follow.

"I had two scans on the same day, and within the first scan and the second scan, the baby had passed," shared 34-year-old Jessie J on a recent episode of The Diary of a CEO podcast about the "dreadful" day of November 23, 2021, when she lost her unborn baby.

According to PEOPLE, the Price Tag singer first announced her loss in a now-deleted Instagram post she shared while on stage prior to her performance just a day after miscarrying, at The Hotel Cafe in Los Angeles. The singer said she struggled to process her emotions until after the show.

"When I got home that night and I lay there, I've never felt so lonely in my life... I just remember laying there, knowing it was still there, but it wasn't there. That went on for over a week," Jessie said on the podcast.

When she found out she was pregnant, one day she woke up feeling out of whack and thought to herself, "Oh, I don't feel right."

"I still had very intense nausea, [but] I just knew something wasn't the same," explained the singer, who later called a doctor to get checked out.

Jessie J said she sensed something was wrong after "that dreadful silence when you first have a scan and they kind of don't say anything."

"I was like, 'Just tell me the truth, what's going on?,' and she said, 'Your baby's heartbeat is very low,' and there's this, like, ring," the artist explained. "And I was like, 'Well, what does that mean?' and she said, 'It often means that the baby will have some sort of disability or deformity.' "

Once she received the devastating news, Jessie J  found herself outside the doctor's office crying uncontrollably. But what happened next, changed her outlook on the experience.

While she was trying to process the information, a stranger approached her with words of encouragement. "[He] said, 'This is happening because you're supposed to talk about this. You're supposed to help other people.' And instead of going to get blood, I got in my car and I said, 'I'm going to get a second opinion.' "

She soon found another doctor and had her second scan. This time, she had lost the baby.

"I remember just going [home] and not processing it," she said. "... And then the next day I went straight into glam, I did the soundcheck and I got on stage."

For her, doing the show per schedule wasn't the hard part but what came after. "It was when I got in the car after the show by myself, and I got home, and I opened my front door, and I closed the door, I fell to my knees," she explained.

"That was the worst moment of the whole experience, was me realizing that, other than my career, being a mother and having a child has been the biggest excitement of my life," Jessie J said. "Like, I've always been super maternal. I love children. ... I felt like I'd been given everything I'd ever wanted and then someone had gone, 'But you can't have it.' "

But despite experiencing grief, Jessie J believes "the reason it happened was because I wasn't supposed to do it alone."

"I'm supposed to find someone that wants this as much as I do," she said.

About how the experience taught her self-love, she said, "I'm grateful that I got to experience being pregnant... It's opened the door for me to love myself deeper. I'm still processing the whole thing. I have moments of intense sadness and grief, but I also have moments of excitement knowing that I won't do it alone."