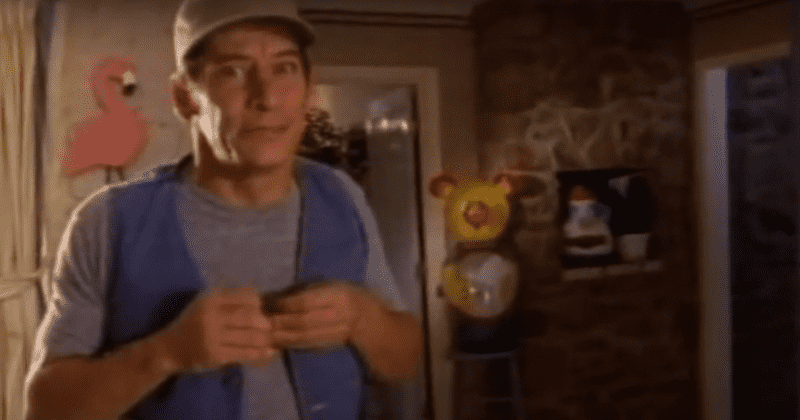 John R. Cherry III, the director and screenwriter best known for creating the character Ernest P. Worrell, died on May 8th. He was 73 years old.

In a statement, Cherry's family paid tribute to the filmmaker. Signed by Melissa, the statement called Cherry "probably the most brilliant man I've ever met. Even as Parkinson's began to rob him of some things, that creative mind of his was always going full-force to the best of its ability. He was kind, amazingly funny, generous and had a heart of gold. In addition to being a brilliant writer, he was also an amazing artist, a skilled fisherman, and an all-around amazing human being."

Referring to him as "Buster," the statement added that Cherry was grateful for the love he received from fans of Ernest. The character was famously portrayed by Jim Varney. "I want you all to know how much he loved hearing from you and seeing your love of Ernest. Those of you who came out to meet him at Ernest Day, often bringing your children with you and telling him how you introduced your kids to Ernest and how they now love the movies too...it truly made his day. I will never forget the joy in his eyes after that first Ernest Day. You truly have no idea how much hearing those stories and seeing the love you still all have for his creations meant to him. Thank you so much for loving Ernest and bringing Buster so much joy over the years, especially in these last several years that have been so difficult for him. You truly brought him insurmountable joy in some of his darkest moments."

According to , the character's origins might be traced back to a man that worked with John Cherry’s father believed to be a real “know-it-all” type. As for the name of the character, Cherry apparently liked Worrell because it was an odd sounding name for an awkward character. When u said the name it sounded like you had marbles in your mouth. Cherry originally developed the Ernest character for the Nashville-based Carden and Cherry advertising agency.

Pop Culture reports the character first appeared in a series of commercials and sketches and later found his way into world of film. Audiences saw him  in movies such as Ernest Scared Stupid, Ernest Goes to Jail, and Ernest Saves Christmas. The character was also in the TV series Hey, Vern! It's Ernest.  The Ernest character was eventually retired amid Varney's declining health. Varney, who played the titular character passed away from lung cancer in 2000 at age 50.