Depp 'performed a cavity search' on his now ex-wife, adding he was 'he was looking for drugs', according to the domestic violence expert. 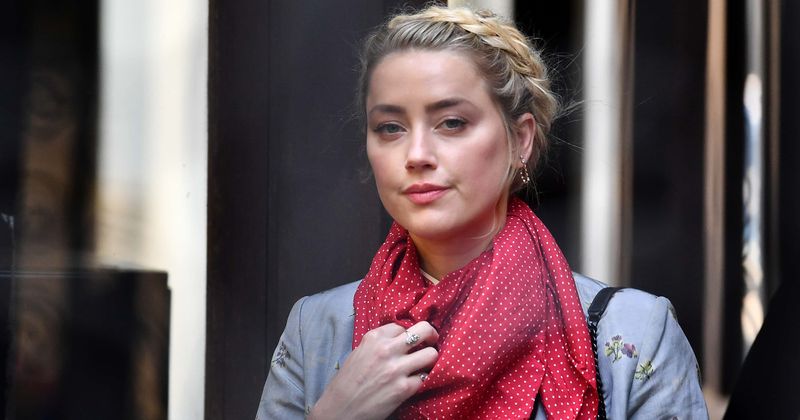 Trigger Warning: This article contains graphic details of abuse that may be distressing to readers.

In Johnny Depp's $50 million defamation case against ex-wife Amber Heard, her attorney argued that Depp's side doesn't have enough to prove defamation and motioned dismissal of the lawsuit. The judge however denied the request. Depp's legal team claims that the 58-year-old actor's reputation was tarnished by Heard's December 2018 Washington Post op-ed about surviving domestic violence. While the 36-year-old did not name Depp she wrote about becoming a "public figure representing domestic abuse" and feeling "the full force of our culture's wrath for women who speak out." According to Depp's team, Heard was the abuser.

Dr. Laurel Anderson recalled meeting with the former couple back in 2015 and claimed the pair engaged in "mutual abuse" over the course of their marriage. Last month the Los Angeles–based therapist's deposition that was recorded on Feb. 21 was played for the courtroom in Fairfax, Virginia. According to PEOPLE, when asked if there was "violence from Mr. Depp toward Amber," Anderson replied, "Yes, you're right. He had been well controlled, I think, for almost, I don't know, 20, 30 years. Both were victims of abuse in their homes, but I thought he had been well controlled for decades. And then with Ms. Heard he was triggered, and they engaged in what I saw as mutual abuse." She also claimed that she noticed "multiple" small bruises on Heard's face at one meeting in person.

More recently, Dr. Dawn Hughes, a New York-based forensic psychologist and expert on domestic violence evaluated Amber Heard for 29 hours and diagnosed her with PTSD due to her relationship with Depp, as per Insider.  Hughes testified that Depp forced Heard into oral sex during "drug-fueled rages" where he tried to dominate her. "When Mr. Depp was drunk or high, he'd throw her on the bed, rip off her nightgown, and try to have sex with her. There were times when he forced her to give him oral sex when he was angry. These weren't in loving moments. These were angry moments." The psychologist also pointed out that Depp was the true abuser in the relationship. "Even though she yelled and hit him and said some terrible things to him, it was never able to shift the balance of power in the relationship," Hughes said.

Another terrifying claim included one occasion, when a woman flirted with Heard,  the Pirates of the Caribbean star took Heard into his trailer and "performed a cavity search" on her, Hughes said, "ostensibly looking for drugs." "He felt it acceptable to rip off her nightgown and stick his fingers up her vagina to look for cocaine," Hughes said. "He thought that maybe she was hiding them there." She also described another incident of "sexual violence" which happened in a closet, when Depp allegedly put his fingers in Heard's vagina and "moved her around violently". Depp could be seen smirking occasionally in the courtroom while Hughes gave her testimony. "She truly, truly believed she could fix Mr. Depp and rid him of his substance abuse problems," Hughes also pointed out. "But that did not work."