The 42-year-ol mom opened up about the criticism of her daughter for dating Dralin Carswell. 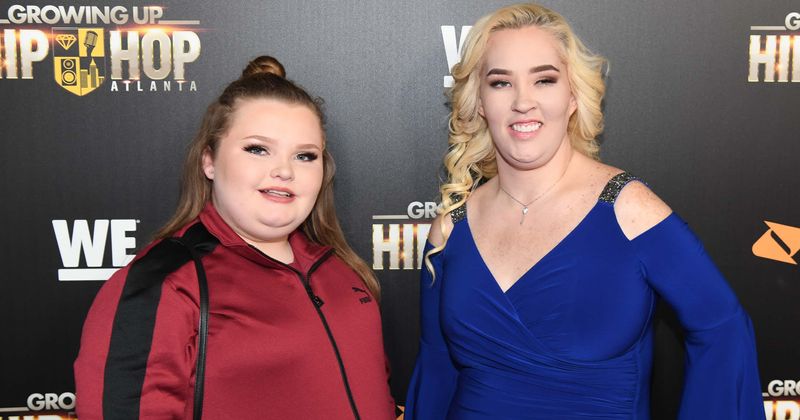 Mama June Shannon is defending her 16-year-old daughter Alana “Honey Boo Boo” Thompson's relationship with 20-year-old Dralin Carswell. The 42-year-old reality TV star opened up about the backlash Thompson has received for dating Carswell in an interview with TooFab on Tuesday. "Yes, I've met Dralin. They've been together for over a year," the Mama June: Road to Redemption star shared. "People need to realize that she's going to be 17 in August and that [Alana's older sister] Pumpkin and Josh were the same age as they were. She is getting a lot of hate because she's in an interracial relationship, he is older. But at the end of the day, Alana's not that 6-, 7-year-old child y'all fell in love with 11 years ago. Alana has grown up, she's graduating high school next year, guys!"

The Toddlers & Tiaras alum previously shared a photo of herself holding hands with her boyfriend, captioning it, "park dates with you are the best." While she did try to make the relationship Instagram official, she later deleted it due to the backlash her relationship received, according to Page Six. “Honey boo boo’s new boyfriend is 20?? Girl is 16,” read one person's comment. “Jail. Jail jail jail.” Another added, “16 and 20? Where are her parents?” “Dralin and Alana are attached at the hip and hang out together all the time,” an insider previously told The US Sun at the time. “He was quiet at first, but he’s like one of the family now. He’s just as fun and crazy as the rest of them.” Descriving him as car fanatic the source added that Dralin “has a Camaro, that’s like his baby, and he lets her drive it sometimes. Right now she is saving up for her own car though- she wants a Jeep."

In an interview with Entertainment Tonight, Mama June shared one issue she had about her daughter's boyfriend. "He's good. He needs to hold down a job a little bit more," Shannon said. "I mean, he's not bad. He doesn't treat her bad or anything like that." She added, "They're [young] and they've been together over a year. So, if they last? Fine. If they don't, it can be her first love." Alana has reaffirmed that she's not the little girl audiences saw on their TV screens on Toddlers and Tiaras. The 16-year-old told Teen Vogue, “I want to be the best I can be, and I want to make my money, and I also want to make straight A's, so I just try my hardest."