"He attacked her, killed her, put her in the pit, and he died covering her up," Sheriff Jody Rowland said. 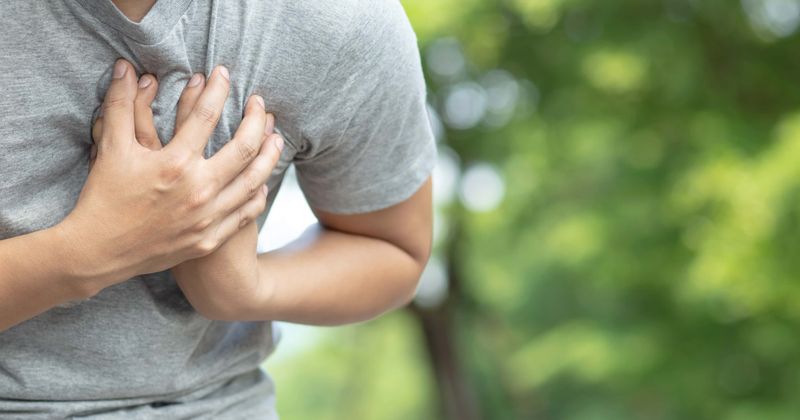 In a bizarre turn of events, a man is believed to have collapsed from a heart attack in his backyard as he attempted to bury a woman he killed.

Local sheriff's deputies and paramedics in South Carolina say they were initially called to the house in Trenton. The call was regarding the collapsed body of Joseph McKinnon, 60. Officials were shocked to also discover the body of Patricia Ruth Dent, 65, wrapped in trash bags, lying in a freshly dug pit. An autopsy report determined that McKinnon had suffered a cardiac arrest and Dent had been strangled, according to NPR. The pair had been living together at the address in a rural area of Trenton, the sheriff's office said.

A South Carolina man died of a heart attack while digging a grave for his girlfriend, who police believe he strangled inside of his home prior to burying her body https://t.co/sIGKcwFc1q

"Evidence gathered at the scene, along with statements from witnesses aided investigators to build a timeline, leading us to believe that Mr. McKinnon attacked Ms. Dent while inside their home," Sheriff Jody Rowland and Coroner David Burnett of Edgefield County said in a joint statement. "Mr. McKinnon then bound her and wrapped her in trash bags before putting her in the previously dug pit," the statement said. "The pit was then partially filled in by Mr. McKinnon. While covering the pit, Mr. McKinnon had the cardiac event, causing his death."

Joseph Anthony McKinnon appeared to have been nearly done filling the grave in his backyard when he collapsed, said deputies in Trenton, North Carolina. https://t.co/qcUnKrDFSS

McKinnon told a neighbor that a pit he was making in his yard was meant for a water feature to enhance his garden, Edgefield County Sheriff Jody Rowland told PEOPLE. His motionless body was spotted beside the pit on Saturday morning by another neighbor who called the police. "We get there and determine that he apparently has had a heart attack," Rowland says. "No trauma to his body.

However," he said, "we had a hard time finding his significant other."

Authorities searching for McKinnon's live-in girlfriend tried to reach her at her workplace, only to learn that her co-workers had been texting Dent with no response since 7:30 a.m., "which was extremely not like her," Rowland says. "Everybody was already concerned before we even got there."

"We continued to investigate the yard and this huge garden. The house had been freshly cleaned, but we were able to identify blood in the house that tested as hers. That took us back to the pit he was digging. We got down in the pit and started digging around. We uncovered it enough that we found black garbage bags." Her body was found bound with tape. "She had been hit in the face, but that was certainly not a death blow," Rowland said. "The autopsy proved she had died of strangulation. His autopsy proved he died of a massive heart attack."

"Apparently he had been covering the hole, which didn't make sense to a witness," Rowland says. "He was feverishly covering the pit, and so we just kind of put things together. He attacked her, killed her, put her in the pit, and he died covering her up."

Dent's twin sister, Pamela Briggs, told local TV station WRDW that she was stunned by her sister's death and did not expect something like this to ever happen. “I’m shocked. I didn’t see any of that coming. Everybody who ever met her liked her. She was just full of energy. She was 65 and working," she said.