Much like Joey, LeBlanc was also a struggling actor and model who landed his first gig in a very Joey-like manner when he was trying to check a girl out in the New York subway. 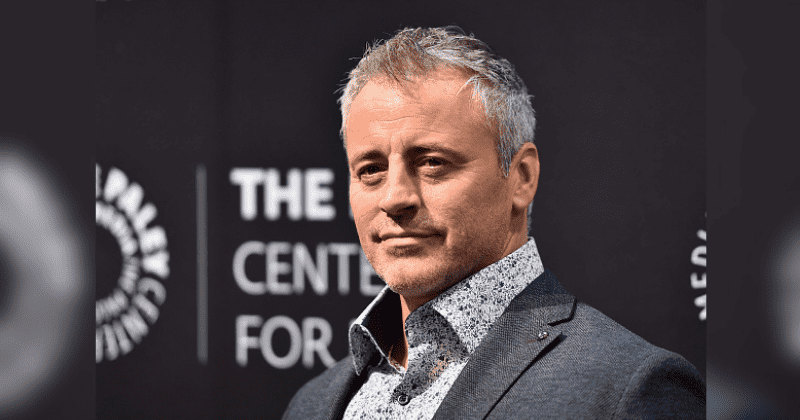 The TV show, Friends, has had a presence in all our lives for nearly three decades. The six main cast members became a household name and most of them went on to have a successful acting career after the show ended in 2004. The popularity that came with the hit sitcom could easily have made all their lives easier. But Matt LeBlanc, who played Joey, the struggling actor and the foodie we all grew to love, had to take a step back from the limelight at the height of his fame to be there for his family, particularly his baby daughter who really changed him as a man.

LeBlanc and his onscreen persona have a lot more in common than we may know. Joey Tribiani was a smooth-talking Casanova who was popular with women. With his signature pick-up lines, charm, and good looks, he was the playboy with a game in the friend group. Much like Joey, LeBlanc was also a struggling actor and model. He landed his first gig in a very Joey-like way when he was trying to check a girl out in the New York subway. “I was walking to the subway and I turned around to check out her arse. She turned around and checked out mine. We both burst out laughing and got talking," LeBlanc told the Mirror.

The woman turned out to be an actress herself and invited him along to an audition she was going to. "I said, 'Oh, OK. But when are we going back to your place?'" Something his womanizing character would have said too. Moreover, he was hired for the ad and his career had started. Before signing with Friends, he was in TV commercials for Coca-cola, Dorritos, and Levi's. With fame came the attention from women and he has dated many models and actresses during his prime. He was with Playboy playmate Tonya Poole for three years and many others including model and athlete Gabrielle Reece, Kate Hudson when she was just 17, actresses Minnie Driver and Symba Smith, and adult star Jenna Jameson.

Poole revealed,  “Girls flocked to him. He’s very charming and drop-dead handsome. Matt wasn’t into kinky sex, just straight sex and lots of it.” But in 2003, much to everyone's surprise, LeBlanc settled down and married actress and former model Melissa McKnight. Shortly before Friends ended, the couple welcomed their daughter, Marina into the world a year after their marriage. After the show finale, however, the parents were devastated to hear that their beloved 11-month-old baby girl, was suffering from cortical dysplasia. According to Children's Health, cortical dysplasia is a condition that impacts brain development and is one of the most common causes of epilepsy and seizures.

LeBlanc abandoned his soaring fame after the conclusion of Friends to look after his daughter who had difficulty crawling as a baby. Her issues meant that it could also affect her ability to walk late in life. On top of the medical struggles, LeBlanc and his wife went through a divorce in 2006 after stories about his infidelity broke, two years after the birth of their child. This was also around the time that the Friends spin-off show, Joey, was canceled after just two seasons and very low ratings. It was a very dark time for the actor who was going through one crisis after another.

LeBlanc knew he was in the wrong when he allowed a stripper to give him a private performance. “If I had been sober perhaps I would have acted quicker but I was drunk,” he said, and added, “I know I was wrong.” But what he and his wife could agree upon was that taking care of their daughter was the priority. “My daughter was diagnosed with a problem with her head. It was a very dark period. But I got through it. Don’t they say what doesn’t kill us makes us stronger?” He dedicated all his time to raising his daughter who needed extra care. Thankfully, Marina was able to outgrow the condition and is now a healthy 17-year-old.

"The dissolution is amicable. They remain devoted parents and friends," LeBlanc's publicist, Joe Libonati, said of the couple's divorce, according to East Valley Tribune. "For the sake of their family, they ask that their privacy be respected at this time." They now share joint custody of their daughter. Marina changed LeBlanc who decided to give his all to raise her right. “Spending time with her is the best thing I’ve ever done. We have a great bond and it’s the best thing in my life," he said of his relationship with his daughter. “We make breakfast, go horseback riding, hiking, I really try to offset this computer age kid thing that’s going on now with as much time outside," he said.

LeBlanc did not fall far from the tree when it comes to wooing women. His father was every bit the playboy LeBlanc turned out to be. “My dad has been married eight, nine, 10 times. He was a ladies’ man. Now he’s old. I don’t talk to him.” He grew up with an absent father who did not contribute much to his well-being. So LeBlanc decided he would do better with his own child and gave her everything he could not have himself. They now share a close bond that LeBlanc never had with his own father. He also married only once, unlike his father, and turned over a new leaf after his daughter came into his life. "The second I laid eyes on her, I was in love, and I had never felt that way before," he said of Marina. "I couldn’t believe it. I knew from that moment there was nothing that would ever stop me from loving her - even if she crashed my Ferrari.”