Losing her first love to cancer, Meryl Streep used all her willpower to get back to work. But little did she know that she was going to be getting a second chance at finding someone who loves her. 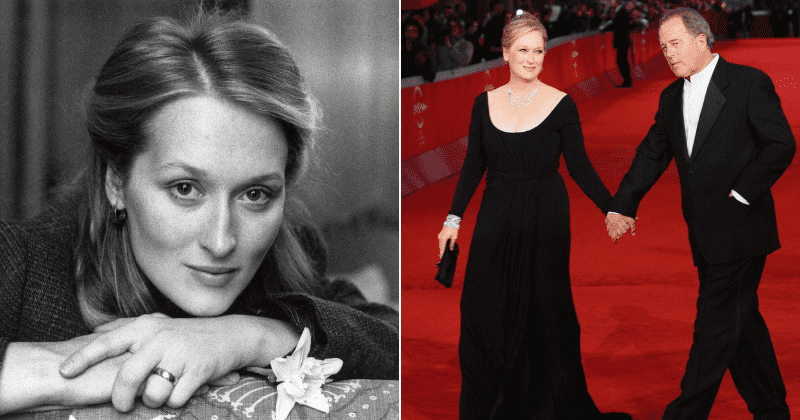 From Sophie's Choice to Devil Wears Prada to Mamma Mia!, Meryl Streep has enamored us for decades as she donned various roles. But while we may know her as the incredible award-winning actress, many might not know the tragic love story that brought her the best second chance at love.

And it all started when she fell in love with John Cazale, an American actor best known for his roles in films like The Godfather and The Conversation.

It was 1976 when Meryl was just spreading her wings in fame. She met John Cazale when they both starred in Shakespeare’s Measure for Measure. By this time, he was already recognized for his acting as Fredo Corleone in the first two Godfather films.

The two of them felt the passion spark almost immediately and before anyone could call it, the couple moved in together in New York City’s Tribeca neighborhood. According to Yours UK, John told her that when he got his first big break, the two would tie the knot.

For a year, the two were madly in love and to their utter delight, both were given major roles in the film The Deer Hunter. But then, tragedy struck. John was diagnosed with terminal bone cancer. He was so ill that the producers deemed him uninsurable and were ready to fire him. But the director's insistence and Meryl's threat to leave the film halted that process.

And throughout his fight against cancer, Meryl never left his side.  “I’ve hardly ever seen a person so devoted to someone who is falling away like John was,” said co-star Robert de Niro, “To see her in that act of love for this man was overwhelming.”

It wasn't easy for her. According to NY Post, in a letter she wrote to an old drama teacher, Meryl spoke about the difficulties she faced. “My beau is terribly ill and sometimes, as now, in the hospital. He has very wonderful care and I try not to stand around wringing my hands, but I am worried all the time and pretending to be cheery all the time, which is more exhausting mentally, physically, emotionally than any work I’ve ever done.”

Sadly though, despite every attempt to make it work, Meryl had to bid a painful farewell to her lover on March 12, 1978. Despite being emotionally devastated and shattered with grief, Meryl continued to work.

But she couldn't bear to stay alone in the apartment that she shared with the love she had just lost.

So a friend of her brother's, Don Gummer, a sculptor, helped her move out of the place and offered her his own to crash in.

Unbeknownst to both of them at the time, it was the beginning of Meryl and Don's happy story. It was a chance for Meryl's love to rise from the ashes like a phoenix. Falling in love with each other, six short months later, the two exchanged vows in Meryl's backyard garden.

The rushed wedding certainly invited skepticism and convictions that Don was Meryl's rebound, but now, 40 years later, no one can deny the intense love the two share.

Don mentioned in Yours UK, “Meryl was shattered by John Cazale’s death and I did what I could to help and pretty quickly I realised I was falling in love with her.”

She too admitted,  “I haven’t got over John’s death, but I’ve got to go on living and Don has showed me how to do that.”

She never hides what Don means to her, especially since he's been nothing but supportive of her throughout her career. In her 2012 Academy Awards speech, she started off by saying, "First, I'm going to thank Don because when you thank your husband at the end of the speech they play him out with the music, and I want him to know that everything I value most in our lives, you've given me," reported Oprah Mag.

Together, the couple have four children and her secret to such a happy marriage? Communication. According to Inside Weddings, listening to your partner and discussing even the smallest issues can do wonders for your relationship.

It's no wonder then that they have more than 40 years under their belt.