Even after 25 years, their passion hasn't dimmed. The celebrity couple reveals what keeps their "hearts racing". 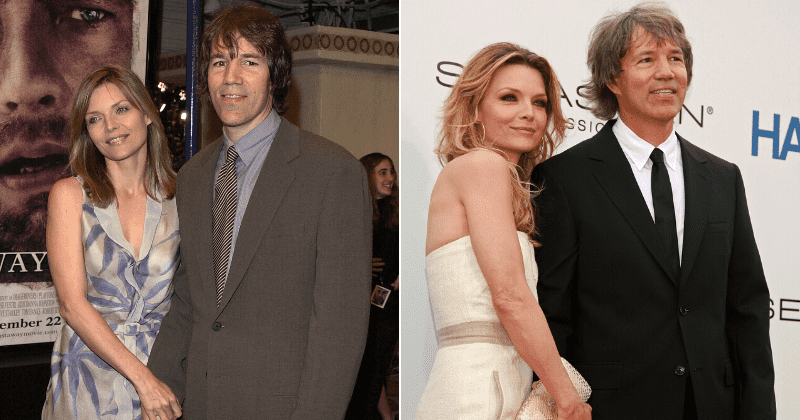 At the start, every relationship is exciting and you feel special. Yet, after some time, that begins to fizzle out and the relationship starts to become predictable and routine. But for some lucky souls, they find a person who makes them feel lucky even years later. It's a whole new level when your partner keeps the spark alive even after 25 years of marriage. And this celebrity actress is one of those lucky ones.

Michelle Pfeiffer, a stunning versatile actress with movies like Tequila Sunrise, Scarface, Dangerous Minds, A Midsummer Night's Dream, Batman Returns, and so much more under her belt has a real-life love story - her own - that will have you swooning over the romance of it all.

Her journey of romance began with a blind date. She met TV writer, David E. Kelley, on a blind date in January of 1993, according to Fame10. Where many might imagine a cozy corner in an expensive restaurant or a moonlit walk on a beach shore, it was actually quite the opposite. Their first date was spent at a bowling alley but that didn't mean sparks weren't flying.

"I chose really well with David. I got really lucky. … And 19 years later, I never take him for granted. I’ve never met a person who has more integrity than my husband," she told Parade years ago. "I respect that. There’s his humor and intelligence, too, and he’s really cute, all those things—but if you don’t respect your partner, you’ll get sick of him."

With mutual respect, love and passion comes a strong relationship. In fact, they felt such a strong connection that they got married just 10 months after that bowling date. It's not like she's not had regrets about things she's done or decisions she made regarding her life. But she's got no regrets when it comes to David Kelley.

"Life is made up of the choices and I’ve not always made good choices but I know I picked the right man. David and I work because we are really compatible," she said. "We have similar morals and we both love to balance work and family in the same way. We respect each other, which is really important."

There's more too. Recently, Michelle Pfeiffer, posted on Instagram for her anniversary. She mentioned how she was made to feel like "the luckiest girl in the room for 25 years" by her husband, reported the Daily Mail. But it isn't just her feeling this way. No one can miss the sparkle and love in David Kelley's eyes when he looks at his wife.

And people want to know how they've managed to keep their love and bond solid. They got their answer when once on the red carpet, he was questioned about what keeps their "hearts racing" after being married for more than 20 years. His reply might make you giggle but it hits the nail on its head.

"That’s not hard, but I’m not going to give away her secrets!" he joked. But he also said that the reason "is probably that we love each other and respect each other and hold hands a lot."

Despite all of this, doubts about whether your partner is the right one can creep in. And Michelle Pfeiffer is as human as the rest of us. She was completely convinced that he was the one for her though when he didn't balk at the time when she was adopting. At the time that they had begun dating, she was already in the process of adopting... and he was there right by her side.

"...I really got to see him in a situation that certainly would separate the boys from the men. Obviously, he really rose to the occasion..." she told Good Housekeeping. "...we both got to see each other as parents before we progressed in our relationship together, and in a strange way, it took the pressure off us, as a couple."

Now, with two children, they are happy. Michelle Pfeiffer even admitted, "I'm probably the bad cop in the house, yeah. Because Dad is the one to say, 'Oh, OK.' I don't want to be the bad guy, but I am definitely more of the disciplinarian, the strict one, by default."

At some point, based on her previous relationships, she was waiting for the other shoe to drop and that would be the end. But soon enough, there was no doubt in her mind that David Kelly was "the one" and couldn't wait to spend her life with him.

"Here's the truth: When we first got together, I kept waiting for the other shoe to drop. And it never did. It never has," she said. "I just couldn't believe it could be true that he was such a decent person. And then, he actually has this very wicked sense of humor. And he is so gifted and really bright. It just blew me away."