A judge in Los Angeles found in January 1979 that Mick Jagger was the girl's father, and ordered him to pay $1,500 a month in child support. 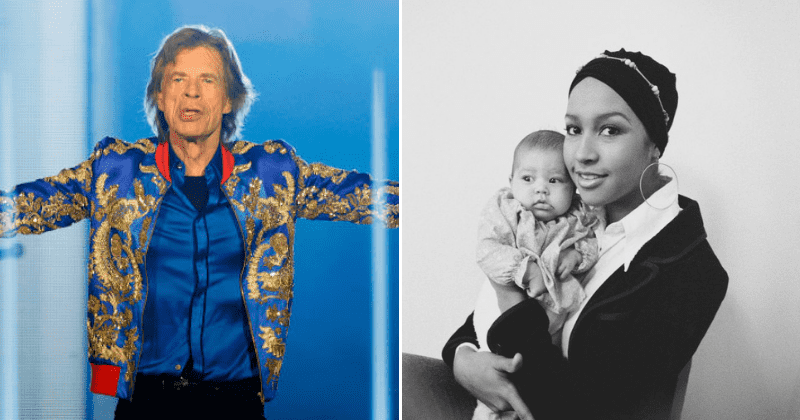 Mick Jagger first met actress Marsha Hunt for the first time in 1969 when Hunt was the female lead in the musical, Hair. He noticed her and asked her to be on the cover of their rock band single Honky Tonk Women. Even though Hunt refused, Jagger turned up at her apartment a few days later.

Soon enough the two of them began dating, while Jagger was still rumored to be with his then-girlfriend Marianne Faithfull.

However, he was so in love with Hunt, that he broke up with Faithfull and began to date Hunt. He is said to have even written the song, Brown Sugar, for her. After breaking up with Faithfull, he realized that he was missing her son, whom he had gotten close to. Because of that, he reportedly convinced Hunt to conceive, and by 1970, Hunt was pregnant with their first child, per I Love Old School Music.

But by the time Hunt had completed her first trimester, Jagger changed his mind because he had already moved on. Hunt was living with Jagger but she moved out when the rockstar started neglecting her. By the time she welcomed their daughter, Karis, on November 4, 1970, Jagger had moved on to the next woman.

Mick Jagger's first child was with Marsha Hunt. They had a daughter & her name is Karis Jagger pic.twitter.com/rGYCMUomWE

The exes were embroiled in controversy because Jagger claimed he did not want anything to do with Hunt or her daughter. In fact, he even refused to pay for her expenses when Karis had burned herself with hot tea at age two.

Hunt later spoke about the feud she had with Jagger over the paternity of her child. He completely denied that Karis was his daughter and refused to offer any financial support to Hunt. The actress reportedly begged Jagger for $322 during the last weeks of her pregnancy because she couldn't work anymore.

Finally, Hunt had to involve the courts in 1973, prompting Jagger to opt for an out-of-court settlement that included him paying $16,125 into a trust fund for Karis and Hunt signing papers saying he wasn't the girl's father.

A judge in Los Angeles found in January 1979 that Jagger was, in fact, the girl's father and ordered him to pay $1,500 a month in child support.

But after not seeing Hunt or his daughter for a while, they reconnected when Hunt was diagnosed with breast cancer in 2004. However, that lasted until 2012 when Hunt auctioned many personal letters of Jagger that he had written to her for $300,000.

Even though Karis, now 51, was disowned by her father as a child, she was one of his biggest supporters in the darkest times of his life. She reportedly was by his side when Jagger's longtime girlfriend L’Wren Scott died in 2014. She played a big part in organizing the funeral and helping her father deal with his loss.