The dog that survived will be taken to animal control and will be euthanized. 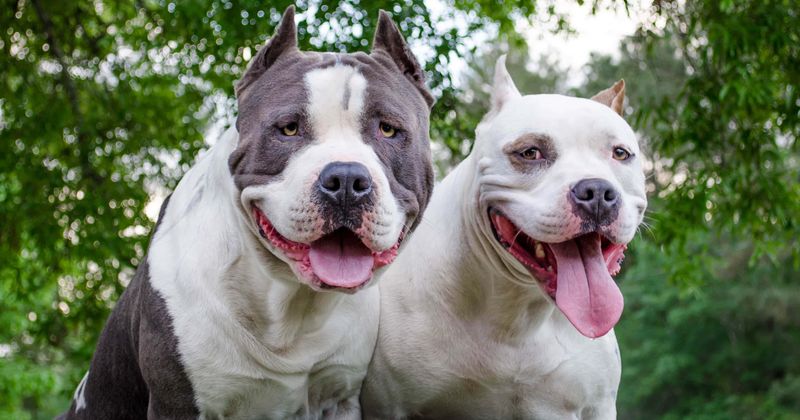 Trigger Warning: This story mentions animal abuse and it may be disturbing to the readers.

A California mom was left with no choice but to kill her beloved pet after it attacked her 1-year-old daughter. Jamie Morales of Pico Rivera stabbed the pit bulls that mauled her daughter around 10:30 pm on Sunday, per KTLA. During the incident, a 3-year-old dog tackled the baby, identified by her family as Ruby Cervantes, before the second pit bull came in and started to attack the child.

The worried family tried their best to get the dog off little Ruby. According to the local police, the dogs began to attack the little one after she started crying.

"He had her by the leg and I had to get his teeth off of her," Margaret also shared, adding, "He bit my hand, and my hand's pretty severely cut open."

CASE #896,453: Pit bulls are dangerous, volatile, wild animals that should NOT be permitted as pets. https://t.co/ZLRVWj2U7p

With no other option left, the mom took a knife and started to stab both dogs. She suffered facial injuries during the attack. "I had to stab the dog … I had to," she said. "It was either him or my daughter and I chose my daughter."

As for the little one, she suffered dog bites to her face and her body. She received treatment at Los Angeles County USC Medical Center, and she is scheduled to have surgery. Her aunt was also injured in the attack, per reports.

"Like many others this morning I was horrified and dismayed at the news of the unprovoked attack on a year child by a family's pit bulls," Pico Rivera Mayor Monica Sanchez said in a statement. "I'd like to extend our deepest condolences to the family and best wishes for a swift recovery for the child and injured members of the family."

The dogs belonged to Margaret since they were puppies. They were reportedly sent into the home after having a bath. "I thought my daughter was going to die," Jamie said.

thats tragic though. No bad dogs , only bad owners

The dog that survived will be taken to animal control and will be euthanized, per NBC Los Angeles.