"Currently, there is a tumor in [Luca's] frontal brain — possibly more and one on his right kidney," shared mom Diana Kitson, who added that they are working closely with an oncology team to determine a plan of action. 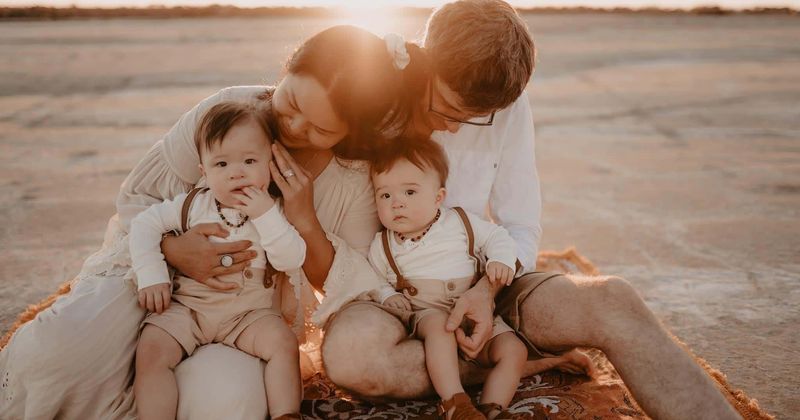 For Diana Kitson, a mother-of-two, life changed in a matter of minutes.

The horror began to unfold when she took one of her twins to the ER for a seemingly "small" but strange symptom that just wasn't going away.

Kitson took to Instagram to share how what started out as an ordinary day turned into something of a nightmare. "Oh, life," Kitson captioned the post. "Only until this morning we were doing our day-to-day routine — playing, eating, daycare drop offs, and maybe a drive to Bunnings ... "

However, she found herself driving to her son's pediatrician when she realized that something just wasn't right. "He bumped his head a couple of weeks ago — nothing out of the ordinary," the mother explained. But suddenly he started to get a black eye. "They come and go," she continued, adding that Luca was originally diagnosed with something called "periorbital celliltis" and prescribed antibiotics without much incident.

Once back from the doctor, she hoped her son would be fine, and was elated to see he had "perked up." But, over the next few days, he would get really tired, and then be fine a while later, which left the mom with a rather "icky" feeling.

So, they went back to the ER, where the mother was told that Luca didn't have cellulitis after all and connected her with a pediatric consultant who wanted to run more diagnostic tests. "I knew something wasn’t right ... but I tried to be optimistic," the mother recalled. That is, "until we went into a room with all the consultants and nurses ..."

"My heart broke before they even said the words," she later wrote. The words were heartbreaking for a mom to be at the receiving end of. Her son was diagnosed with metastatic neuroblastoma cancer.

According to Cancer.org, neuroblastoma is the most common form of childhood cancer in babies and toddlers. In fact, the average age of a child diagnosed with the condition is 1 to 2 years old. "There are about 700 to 800 new cases of neuroblastoma each year in the United States. This number has remained about the same for many years," per the website.

"Currently, there is a tumor in [Luca's] frontal brain — possibly more and one on his right kidney," shared Kitson, who added that they are working closely with an oncology team to determine a plan of action, which will most likely include "biopsies, surgery, endless tests, and then treatment."

"We have a very long road ahead of us and to be honest I don’t know how I am going to cope," Kitson admitted. "I am weak, broken, tired, and feeling so empty. This is a place no mother, parent, child should be in."

Now, friends of the Kitson family have started a GoFundMe to help cover Luca's ongoing medical costs, which are expected to grow in the coming months.