Years later, the family of five is happy and thriving. No one would know what they went through when their third son was born. 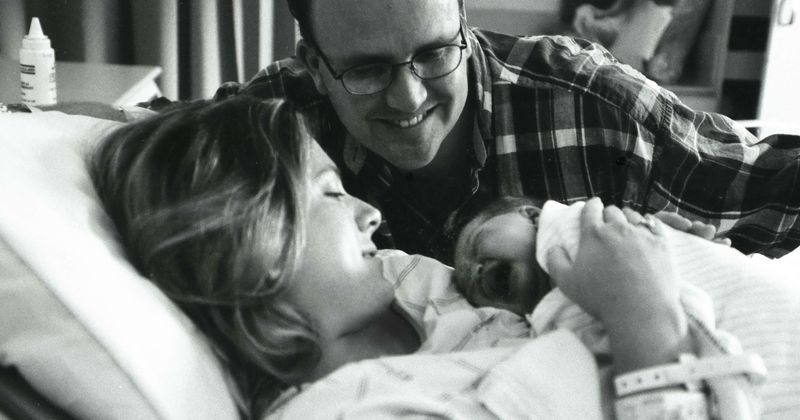 Tracy Hermanstorfer and her husband Mike were excited about having a Christmas baby. Tracy had been admitted at the Memorial Hospital in Colorado Springs on Christmas Eve, her husband by her side. Before the day ended, Mike thought he would have to go home alone to his children. But what took place in the hospital that day was so amazing, that it can only be a Christmas miracle.

When Tracy arrived to the hospital in labor, a fetal monitor was attached to the baby's head since the heart rate was slow. She was given an epidural, and there were no major problems. After several hours of contractions, Tracy was growing tired. "Rest, close your eyes," Mike told Tracy, according to Reader's Digest. "It looks like you’re going to have a long day,"

Around 12.30 pm on Christmas Eve in 2009, when Mike was standing next to his wife's hospital bed. He said, "They were changing monitors at that point in time and in the middle of changing monitors, she stopped breathing." He touched his 34-year-old wife's hand, and was shocked to find her skin cold and ashen to touch. Her heart had stopped. "I opened my hand and her arm just fell out of mine," said Mike. "She was already gone."

Before Tracy's heart stopped, she was totally healthy. No one was expecting this. The births of their two other children had gone smoothly, and there was no indication that this delivery would be any different.

The staff sounded a Code Blue, which meant she needed to be resuscitated for cardiac arrest. "The risk of a woman dying in the course of trying to carry a pregnancy is an incredibly rare event," said Dr. Michael Greene, director of obstetrics at Massachusetts General Hospital, who was not involved with Hermanstorfer's case, to CNN. "The number of things that can cause this in an otherwise healthy woman is a very short list."

Dr. Stephanie Martin, who was close by, ran to the delivery room where Mike stood next to his wife, who he thought had died. "My first thought was that I can't allow this father to lose both his wife and his child, especially on Christmas Eve," said Martin, director of maternal-fetal medicine at Memorial Health System. Despite performing an emergency C-section, Martin lost both mother and child.

"She had no signs of life. No heartbeat, no blood pressure, she wasn't breathing," Dr. Stephanie, a maternal-fetal medicine specialist at the hospital, told the AP. The boy, who was delivered by C-section, was a stillborn. He "was basically limp, with a very slow heart rate," the doctor said.

"My entire life just rolled out," said the father. "They handed him to me, he's absolutely lifeless," he said. The doctors told the husband that after they roll the mom out, they would then take his son out.

Mike said, "When they roll her away, take her down to the operating room just to finish up the procedure from doing the C-section ... her heart starts beating." The mother had no heartbeat and no pulse for roughly 4 minutes.

The doctors tried to revive the baby boy and all of a sudden, he was awake. "His life began in my hands," Mike said, according to Daily News. "That's a feeling like no other."

Though something so momentous had happened, Tracy had no memory of what she had just been through. "I just felt like I was asleep," she told the AP. "I'm like, 'holy cow, what it that bad?"

There is no clear medical explanation for Hermanstorfer and her son's recoveries, said Dr. Martin.

Seven years later, Mike said that the mother and son were as healthy as ever. Coltyn was in first grade in 2016 and he was told about him being a "miracle baby."

The man of the house, who witnessed half his family die and come back to life, said that there was a reason he continues to share their story. "I want people out there that ever have second thoughts or ever have doubts about anything to realize that miracles do happen. Don't ever give up."