Strickland and Judd got married in 1989 and were gearing up to celebrate their 33rd anniversary on May 6. 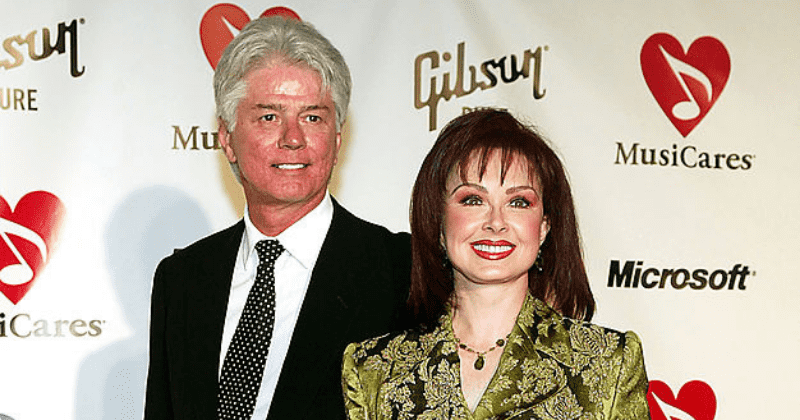 Naomi Judd, the Kentucky-born singer of the Grammy-winning duoThe Judds, was 76 years old when she passed away on April 30, 2022. The heartbreaking news was shared by daughters Wynonna and Ashley Judd via a statement.

"Today we sisters experienced a tragedy. We lost our beautiful mother to the disease of mental illness. We are shattered. We are navigating profound grief and know that as we loved her, she was loved by her public," the statement from Judd's daughters read. "We are in unknown territory."

Judd's husband of 32 years, Larry Strickland, added, "Naomi Judd's family request privacy during this heartbreaking time. No additional information will be released at this time."

Judd's death came at a time when she and daughter Wynonna were set to celebrate a huge milestone in their career: their induction into Nashville's Country Music Hall of Fame for their work as The Judds. Both Ashley and Wynonna got emotional during the ceremony and shared emotional speeches about their late mother.

In fact, Wynonna vowed to keep singing in the aftermath of her mom's death. “Though my heart’s broken, I will continue to sing, because that’s what we do,” she said, according to Country Music Nation.

Judd's husband Larry Strickland, who is also a singer honored his late wife by singing How Great Thou Art in a short video on social media.

After her death, the family grieved together on the sleeping porch at Ashley’s house. The 54-year-old actress shared the video on social media where Larry can be seen leading everyone in singing the song. She also mentioned that the love the family has been receiving from fans is truly appreciated during this difficult time.

“Your outpouring is reaching me,” Ashley wrote. “Thank you for every thought, prayer, message, text, email, post, expression. We each are alone and we are in fellowship, broken and held, protected from nothing and sustained in everything. It’s the beginning of an old story, life and death, loss and life. Be free, my beautiful mother. Be free.”

Strickland and Judd got married in 1989 and were gearing up to celebrate their 33rd anniversary on May 6.

In an interview with Closer Weekly, Judd had once joked that the secret to their long-lasting marriage was "separate bathrooms!"

“We come from common backgrounds,” she elaborated. “Larry and I are both from a family of six, very blue-collar. He worked in the tobacco fields every summer. My daddy had his own gas station and taught me the hard-work ethic. Larry is the most humble person I’ve ever met.”

At the time she admitted she admitted she didn't have any fancy plans for what was supposed to be their 25th wedding anniversary. “We might go to Red Lobster. I’m tired of Cracker Barrel,” Naomi laughed. “We are so normal. Right now, he’s out on a Bush Hog [mower] on the farm and the big excitement is he found a rattler last week. That’s how we live.”