The victim left the religious community and sought treatment for the trauma caused by Fenton's abuse. 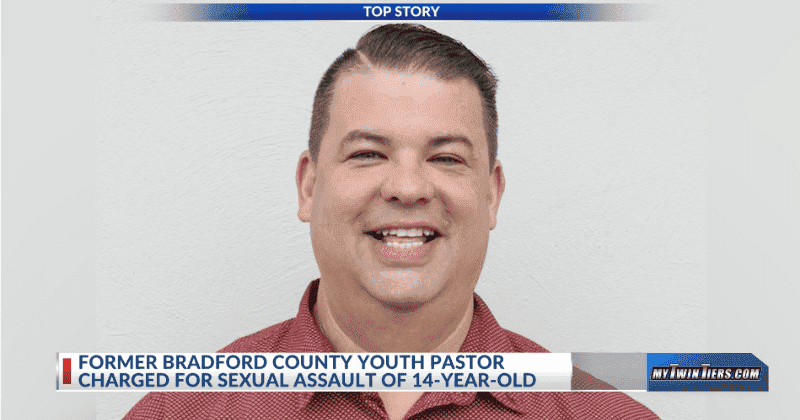 Trigger Warning: This story mentions sexual abuse that may be disturbing for readers.

A 52-year-old youth pastor from Bradford County, Pennsylvania has been accused of sexually assaulting a 14-year-old girl over 20 years ago during a church-approved “betrothal,” according to the Pennsylvania Attorney General, reports ABC27.

Robert Fenton is being charged with sexually abusing and assaulting a 14-year-old girl from 1996 to 1998 when he was 26 years old. According to the announcement from the AG’s office, Fenton allegedly claimed that “God wanted the victim to be his spouse," based on a vision he had.

In fact, he was able to convince the Church to let him get "betrothed to" the child, whose identity has been kept anonymous. He also said their age gap was the same as Joseph and Mary's.

What's worse is that the church allowed the pastor to marry the minor, but the only condition they set was that Fenton should not engage in any sexual relationship with the minor, according to the court documents.

I took on the Catholic Church and uncovered decades of abuse that spanned from dioceses in Pennsylvania to the Vatican.

I’m still fighting back against child abuse and holding accountable those who use their power and authority to perpetuate it.https://t.co/NbtZ31H019

However, he continued to sexually assault the victim for a period of 2 years. The church said it had no idea that this relationship had turned sexual and involved assault. The victim's parents also supported this marriage but admitted that Fenton "pushed the boundaries" even in the 6-month "no contact" period when they both only communicated through letters.

Eventually, the marriage was called off after Fenton was diagnosed with pancreatitis; he blamed the victim for his illness. He left the church and moved to a new church in Queensland, Australia.

The victim left the religious community and sought treatment for the trauma caused by Fenton's abuse, and eventually, she approached police authorities. The victim, now in her 40s, reported to the Pennsylvania State Police (PSP) that Fenton had sexually abused her for two years. Following a referral by the Bradford County DA's Office, the Office of the Attorney General and PSP began investigating the matter in July 2021.

The (not Catholic) church enabled a predator to abuse a minor. There was never a “relationship”.

They interviewed church leaders and other members of the community, as part of the case. Attorney General Josh Shapiro announced that Fenton is being charged with statutory sexual assault, involuntary deviate sexual intercourse, indecent assault, and related charges. Shapiro also said that a letter informing Fenton's current church about his charges has been sent to Australia and his extradition to Pennsylvania is being pursued.

"The defendant used his power and authority in his religious community to lie, manipulate, and regularly abuse a young girl in his community. I promised we would hold anyone who was abusing children accountable – and Robert Fenton is no exception," said Shapiro of the situation.