He said that "giving up on being a mother or father can take some of our humanity away from us." 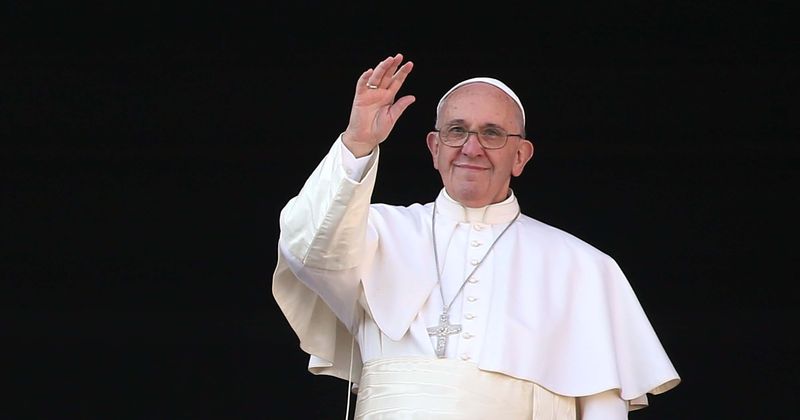 TW: This story contains instances of homophobia that might be disturbing to the readers.

We live in an era where people choose to have pets instead of children. Having kids doesn't come easy, and you never know how they will turn out to be when they grow up. At least with pets, we can be sure that they will give us nothing but love, instead of headaches.

But now, Pope Francis has shared his opinion on couples who choose pets over kids, saying that it is a loss of "humanity."

"Joseph shows us that this type of bond is not secondary; it is not an afterthought, no, this kind of choice is among the highest forms of love, and of fatherhood and motherhood. How many children in the world are waiting for someone to take care of them?" asked Pope Francis, 85, said, while speaking to a general audience about Saint Joseph serving as Jesus' "foster father," according to translation from Vatican News, reports PEOPLE.

And in today’s news, The Pope said that I am selfish detriment to society. That scans.

On the upside, I can tell my mom The Pope said that cats absolutely take the place of kids.

The Pope went on to applaud those who decided to adopt children before talking about couples who choose to have pets rather than children.

"Some people don't wish to have children, or maybe just one or two. Many couples don't have children, perhaps because they do not wish to, or they only have one and not more," Pope Francis said. "But they might have two domestic animals, two dogs or cats. This is quite a contrast."

He said that "giving up on being a mother or father can take some of our humanity away from us," adding, "society becomes older and without humanity because we lose the richness of motherhood and fatherhood. Nations suffer from this."

My cat thinks the Pope should focus on ensuring they fully rid the Catholic Church of child sex abusers before they go on giving advice about anyone having / not having kids. pic.twitter.com/xZxvRDlMQj

This is not the first time that the Pope has shared his views on marriages and families. A March 2021 statement from the Vatican—approved by Pope Francis—said the Catholic Church will not bless same-sex unions because God "does not and cannot bless sin."

The statement came as a formal response to questions about the Church's power to bless same-sex marriages after Pope Francis declared his support for the civil unions of same-sex couples.

While the Vatican said that the community should welcome gay people with "respect and sensitivity," it added that their unions would not receive similar support, as under Catholic teachings, marriages as per "God's plan" is only meant to be between a man and a woman to create new life.

"For this reason, it is not licit to impart a blessing on relationships, or partnerships, even stable, that involve sexual activity outside of marriage, as is the case of the unions between persons of the same sex," the statement said.

The Vatican also said that while there are "positive elements" in such relationships that are "valued and appreciated," it "cannot justify these relationships and render them legitimate objects of the ecclesial blessing."

"The declaration of the unlawfulness of blessings of unions between persons of the same sex is not therefore, and is not intended to be, a form of unjust discrimination, but rather a reminder of the truth of the liturgical rite and of the very nature of the sacramentals, as the Church understands them," the statement said.