"As someone who lives with his own grief, I also know that what often matters most to the bereaved is that those we have lost are not forgotten," said Prince William. 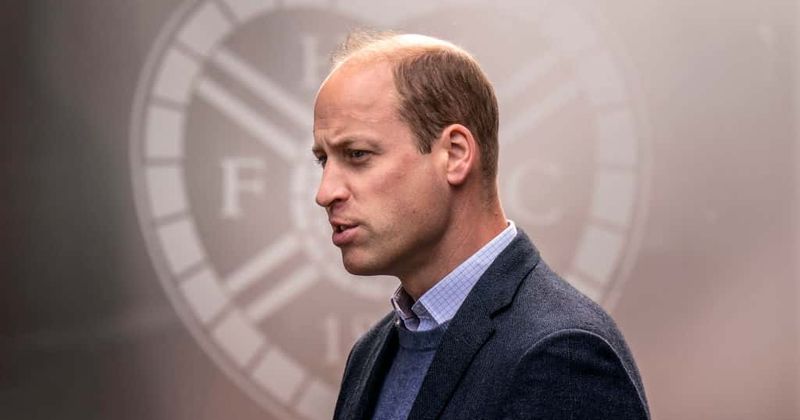 Five years ago, on May 22, twenty-two people died and over a thousand were injured when a suicide bomber exploded a bomb outside a theatre where Ariana Grande’s concert took place in Manchester.

Prince William attended the official opening of the memorial to the people killed or injured in the Manchester Arena bombing on May 10, with his wife Kate Middleton.

Prince Williams took the opportunity to talk about what loss means to him.

“Glade of Light” memorial depicts a white marble halo and bears the names and mementos of the 22 victims. The Duke of Cambridge gave an emotional speech addressing the families of the victims at the memorial, per Hollywood Life.

Brothers William and Harry were young boys when they lost their mother, Princess Diana, in a car crash in 1997. During the speech, he appeared to choke up a bit and hold back his tears as he spoke about loss and grief to the attendees, per Sky News.

"For Catherine and I, it is very important that we are with you here today. To remember the 22 lives so brutally taken," William said. "To acknowledge the hundreds of lives that were irrevocably changed and to pay tribute to the resilience of this great city. I remember only too well the shock and grief on the faces of those I met when I visited Manchester in the days following the atrocity."

"Five years on I know that the pain and the trauma felt by many has not gone away," said William, 39, before talking about the grief he experienced when he lost his mother. "As someone who lives with his own grief, I also know that what often matters most to the bereaved is that those we have lost are not forgotten."

"There is comfort in remembering. In acknowledging that, while taken horribly soon, they lived. They changed our lives. They were loved, and they are loved. It is why memorials such as the Glade of Light are so important. Why Catherine and I so wanted to be amongst you today."

The duke also thanked emergency responders on the night and the Bishop of Manchester said the 22 victims would be "forever in our hearts".

Prince William got emotional talking about living with "his own grief." https://t.co/pQ67dYjgym

While Harry and William now have a rather strained, almost estranged relationship, earlier, they always used to make it a point to be together on Diana's death anniversary, to relive her memories and keep her legacy alive.

“They talk about the little things about Diana that made them laugh: the ski trips and outings to Thorpe Park [a British amusement park]; the effort she went to on their birthdays — all of it,” the insider told Us Weekly, adding that “their other halves and kids join them later.”

They don't just let nostalgia take over the day but like responsible sons of their mother, they discuss how to keep her charity work alive. They "brainstorm ways they can continue her legacy,” adds the insider. “Helping others and being a role model to those less fortunate is at the top of their priority list.”

The last time the brothers got together was to unveil their mother's statue in Kensington Garden, a place she dearly loved, to mark her 60th birth anniversary, on July 1, 2021. The brothers both commissioned the statue in 2017 in an effort to “recognize [Diana’s] positive impact in the United Kingdom and around the world.”

“Our mother touched so many lives,” they said in a joint statement at the time. “We hope the statue will help all those who visit Kensington Palace to reflect on her life and her legacy.”