It's a mystery why men date women much younger when there are so many mature women who can give them what they need. Maybe these reasons will clear it up. 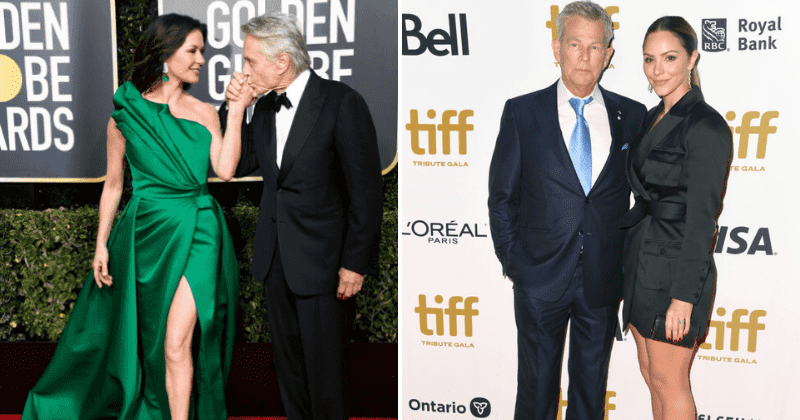 We've all heard stories of women's husbands, boyfriends, brothers, or any male in their lives, going for younger women. Not to mention, the number of male middle-aged celebrities who are dating women half their age, some young enough to be their daughter. And honestly, it's somewhat of a mystery. A 2010 survey even tried to crack the code. Well, you might find some clarity in these reasons as to why men prefer dating younger women.

With younger women, men seem to find their rebel tendencies quite enticing. They feel that younger women are ready to take on adventures and be spontaneous. After all, it's what makes them so exciting. The men fail to see that older women have not just the drive but the experience to make things more.

2. They crave eternal youth and so choose to be with a younger women

Getting older has its perks but there's also a lot of responsibility and burden to shoulder. It can really suck the joy out of living. These men have spent so long chasing after their goals that they forgot to slow down and enjoy the tiny moments in life. Being with a younger woman makes them feel young again... when they were able to enjoy those moments. With their partner being open to trying new things, they get excited knowing they have someone to do it with.

Mature women, having experienced so much, know exactly what they want and won't settle for anything less. However, a younger woman is more likely to expand their sexual knowledge and that means exploration. Men like a challenge and so will be more than ready to explore.

Older men have a protective streak when it comes to their younger partners. They like being the person their partner calls for help, protection or advice. Older, mature women already know how to handle situations, so tend not to depend on the men for assistance. Not to mention, they find it easier to negotiate with a younger woman. An older woman has already set her own values and will be vocal if she feels neglected. So essentially, they think talking to a younger woman will be more fruitful.

5. Older women have an emotional maturity that some men can't handle

When they say that men will always have the emotional maturity of a teenager, they're not wrong. And it's exactly why they're more attracted to younger women. It's because both their minds are at the same maturity levels and men feel that younger women can understand them better.

6. Fear of commitment drives older men into the embrace of younger women

There are some men who are exactly mature enough to handle a serious commitment. It means they have to step out of the bubble they're living in and face the demons that are stopping them from finding a real connection. Older women have gone through so much already that they won't settle for mediocrity. They expect their man to look into themselves and figure out whether it's worth it all. Younger women, since they are still finding their identity, aren't as rigid in what they want from a relationship and are fine if things remain casual.

7. Some men might find women their age hard to control

The men who have an issue with giving up control or dominance are unable to connect with a woman their age. Why? Because that woman knows how she deserves to be treated and will refuse to be treated as anything less. Their identity is established while a younger woman is still looking to find hers. So the latter may not put up as much of a fight for control.

Older men know very well that women of their age aren't into casual dating. Older women know their needs and the emotional connection they want to have in their relationship. Any man who isn't willing to offer it... well, they can close the door on the way out. However, younger women are more flexible about having their needs met. This isn't as much of a treat to older men.

But it's not always because of these reasons that older men date younger women. Some times, they strike gold and have a genuine connection with their younger partners. And when that happens, it is sheer magic!