She raised her children single-handedly for years and is a loving mother and has also faced heartbreak. However, now she is with someone who makes her feel complete. 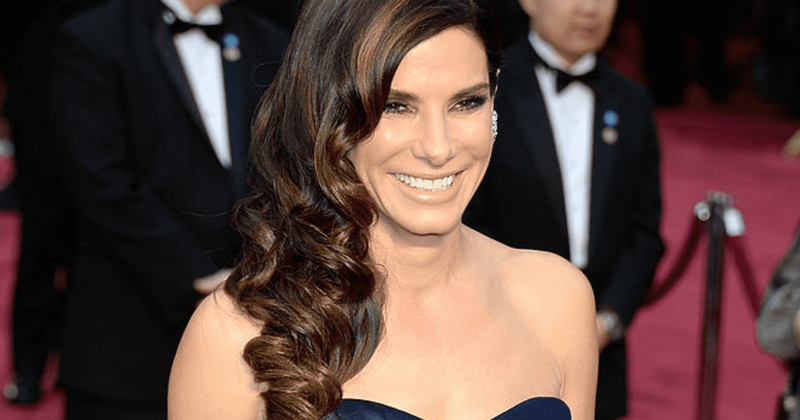 No matter how successful you are, as a woman, there are some things that are close to your heart: motherhood and a loving partner. However, the ups and downs of life will hit you just as much as it hits other people. You might hope for a forever kind of love but might still not get it. Whether you're famous or not, heartbreak is heartbreak. You could want a stable and loving relationship, but if the man doesn't reciprocate and commit the way you do there is not much you can do.

Award-winning actress and philanthropist Sandra Bullock would know. She has not been lucky in love for several years until she met the love of her life. She was also married but that ended in a heartbreaking divorce where her ex-husband publicly acknowledged that cheating was "part of life."

She started her career at 23 and the road has not been a simple one. She has had her fair share of good and bad films but today she's the most sought-after actress. She has become an A-lister but doesn't take her fame seriously though she is "aware" of it.

In 1996, she told Dennis Hensley in an interview for Detour that she had the worst dating experience but was with someone "really sweet". "For a year I was by myself trying to date and I'm telling you dating was the worst experience I ever had," she confessed. "I seem to have attracted everyone whose intentions were not the best," she added.

She probably meant film tech Dan Padilla, according to E! News. That relationship did not work out and she eventually fell in love with and married Jesse James, the West Coast Choppers owner in 2005. But right after she won her Best Actress Oscar for The Blind Side, they got divorced in 2010 as it was revealed that James had cheated on her.

What hurt more than the infidelity was the fact that he seemed totally unremorseful about it. "Yeah, I did cheat on my wife," James had told Daily Mail. "In general, both women and men cheat," James adds. "It's part of life."

It was around the same time that she chose to adopt her first child, Louis. And, the most heartbreaking part was that she considered James the father of her son.

"She was embarrassed by what he did and in ways blamed herself at the time," an insider told E! News. "She did consider Jesse a father to Louis, so that was one of the hardest parts of breaking up."

After the public heartbreak, she spent years focussed on her son and on his behest adopted a girl, Laila, in 2015, which is also when she met the love of her life, Bryan Randall, a lifestyle photographer. She took her own advice from the 1996 article where she said, "I'm not saying go out and sleep with them," she noted. "I'm just saying go out and have a conversation and know that they find you attractive and go, 'Okay, I'm not the piece of trash that I thought I was two days ago.'"

The Proposal actress who turned 57 this year is the happiest she has ever been. Bryan and Sandra have been quietly dating for six years now and are as good as married.

"They are soulmates," one source asserts to E! News. "Their love is pretty deep and intense."

She was asked if she would want to expand the brood and she said that her family was complete. "No, I think this is it," Sandra said. "But everyone keeps saying, 'Never say never,' so I’ll say, 'No, I think our family is complete.'"

Sandra loves being a mother and Bryan, a father of one himself, is great with children. He is there through thick and thin for her and the children. "He's involved with their school work, he goes to all of the kids' birthday parties and he is always by Sandy's side with whatever she needs," reveals a source to E! News. "They have built a great life together and the kids are the centerpiece."

She may have fumbled for a few years but found love eventually. Also, it matters that she had hope. She had a loving family by her side through her defeats and victories. Now, she has a man on whom she can lean on.