"I didn't have the energy or experience or the shame factor or the confidence to deal with any of this," she wrote in her memoir. 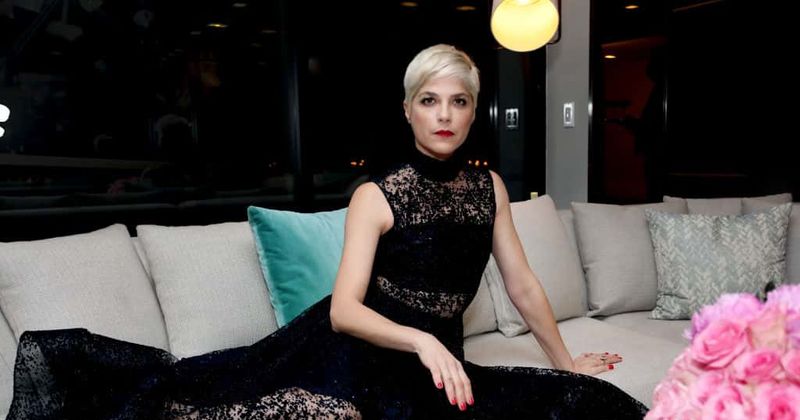 Trigger Warning: This story mentions sexual assault and child abuse which may be disturbing to readers.

Selma Blair is a strong and independent woman who has many great movies to her name, but she is also a survivor of sexual abuse.

For the first time ever, the actress opened up about the pain and shame she endured after a trusted authority figure assaulted her as a teenager, in her memoir, Mean Baby.

"I counted on him for everything," Blair said, of her relationship with one of the deans of Cranbrook boarding school she attended in Bloomfield Hills, Michigan, according to PEOPLE. "I really couldn't believe my good fortune in having such a wonderful mentor and friend. What hurt me from this was that he would make such a mistake. That was it."

Blair then went on to describe the disturbing moment where the dean, who was someone she trusted, crossed an unforgivable line. "I thought he was the greatest man I had ever met," she wrote. "Handsome. Tall. So generous. I'm sure you can see where this is all going. But at that time, I couldn't have predicted it. I trusted authority. I was just a teenager."

In her freshman year, just a day before winter break, Blair went to the dean's office to say goodbye and exchange gifts.

"We embraced. It felt too long and too still and too quiet," she wrote. "His hand went to the small of my back, tracing the space just above my tailbone. His lips were on my mouth. Please, I thought. Please don't go under my pants, my dress-code-approved Ralph Lauren khakis into which I'd carefully tucked a plaid shirt Please. You are a grown-up and I love you; please do not put your hand inside my pants. But he did. It was a simple thing. He didn't rape me. He didn't threaten me. But he broke me. Nothing ever happened again, but I never felt safe."

"When I told my mother he had kissed me she took a deep breath. "You must not tell anybody. He's beloved at that school. And you'll just be a troubled girl . . . I'm sorry." At the end of my senior year, he came over to congratulate me for winning a writing award. Then he turned to my mother and said, "You must be so proud." She just looked at him, stone-faced. Then: "I know what you did. Stay away from my daughter." He walked away," she continued.

"I didn't have the energy or experience or the shame factor or the confidence to deal with any of this. And it affected me so very much. I worked very hard in the book to try and [explain] what it was. It was too disarming for me. I was careful, I never wanted him to be in trouble either."

Something this problematic is sure to leave a scar, but Blair said it has given her a deeper understanding of her own internalized trauma and that she will always try to heal from it.

Though she does not let her previous negative experiences with certain men impact how she views her romantic future, finding love is not a priority for her at the moment because she is happily busy being a single mom to son Arthur, 10, whom she shares with ex Jason Bleick, a fashion designer.

"I've had some wonderful relationships where there wasn't drama," she said. "But I don't even think of [future romantic relationships]. I know with everything that life can bring, that I really don't say 'never' to some things-- I say never to alcohol -- and there are a couple things for which the dance card is full unequivocally, but I wouldn't say never [to a relationship]. It's just not at all where my energy lies. Everything is with Arthur now."

"I feel much more secure in my life," she says. "As long as my son is okay, and I don't have an immediate death sentence or am in immediate peril, then I could probably handle anything," she concluded.