The rocker revealed in 2020 that he'd been diagnosed with Parkinson's disease in 2003. 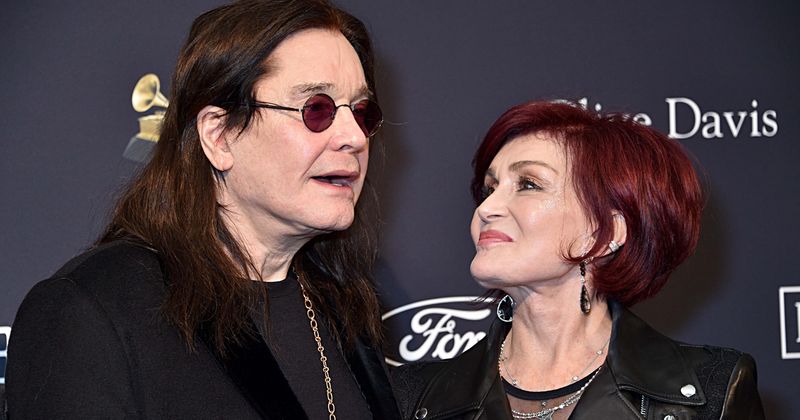 After 20 years in Los Angeles, Ozzy Osbourne and Sharon are moving to the UK.  Sharon left CBS' daytime talk show The Talk in 2021 after defending Piers Morgan over his controversial departure from ITV's Good Morning Britain. The 69-year-old British TV personality launched a primetime evening show alongside Piers Morgan with News UK's new channel, TalkTV. But just three days into her start at The View UK, a tearful Sharon said she’s taking time off to tend to Ozzy.

Sharon broke down crying as she revealed that her 73-year-old husband, rocker Ozzy Osbourne, has tested positive for COVID-19. “I spoke to him and he’s OK. I am very worried about Ozzy right now,” Sharon said on the show Thursday, as per Deadline. “We’ve gone two years without him catching Covid, and it’s just Ozzy’s luck he would get it now.” She continued, “It’ll take me a week to get my old man back on his feet again, and I will be back [on the show] in a week… We’re gonna get him a negative test by next week.”

"I spoke to him and he's OK. I am very worried about Ozzy right now."

Sharon Osbourne reveals she is flying home after husband Ozzy was diagnosed down with Covid but she promises to be back next week.@MrsSOsbourne | @OzzyOsbourne pic.twitter.com/sxlidvX5Tu

The former Black Sabbath frontman is the latest member of the Osbourne family to test positive for COVID. Wife Sharon tested positive in December 2020, daughter Kelly along with two of their son Jack's daughters also tested positive. The past couple of years has been rough for Ozzy. The musician revealed in 2020 that he'd been diagnosed with Parkinson's disease in 2003. Shortly before revealing the news, he suffered a fall and needed neck surgery.

WELL WISHES: Ozzy Osbourne has COVID, Sharon Osbourne flying to L.A. to be with him: https://t.co/SAoVDUjolU

It's not been easy on the family, he admitted. At the time, the Iron Man singer told Good Morning America, “I did my last show New Year’s Eve at The Forum. Then I had a bad fall. I had to have surgery on my neck, which screwed all my nerves."  That was when he knew at some point he'd have to let his fans know what's been going on. “I’m no good with secrets,” he said. “I cannot walk around with it anymore ’cause it’s like I’m running out of excuses, you know? Coming from a working-class background, I hate to let people down. I hate to not do my job,” Ozzy added. “And so when I see my wife goin’ to work, my kids goin’ to work, everybody’s doing—tryin’ to be helpful to me, that gets me down because I can’t contribute to my family, you know.” Sharon asserted that the musician is going to come back to do what he loves to do. “He’s gonna get back out there,” she said. “And he’s gonna do what he loves to do; I know it.”

💥 BREAKING NEWS 💥
The prince of darkness has
fallen ill with Covid. I am
sure @OzzyOsbourne could
use alot of positive vibes!🙏 pic.twitter.com/0zbEQQRGQW