health lifestyle relationship fitness people celebrity self parenting humor feminism
Sophia Loren, the Iconic Star Courted by Many Men, Reveals Why She Loved Only One Man for 50 Years

Sophia Loren, the Iconic Star Courted by Many Men, Reveals Why She Loved Only One Man for 50 Years

The couple fought through many hurdles to get married, including changing their citizenship. Their dedication to each other was the stuff of legends. 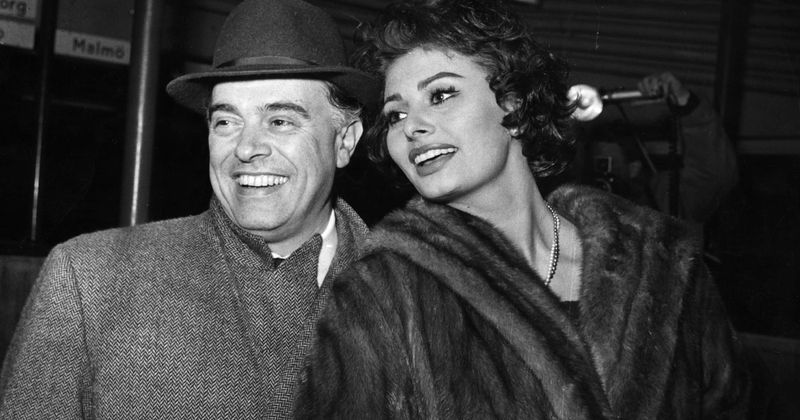 The iconic actress Sophia Loren was not born blessed, she made her own future with her incredible talent and inimitable style. Hers is a true story of rags to riches, and the man who was beside her at every step of her way was Carlo Ponti, the one who discovered her. Had he not found her at a beauty pageant in Italy, she would have never set the screen on fire the way she did in classic hits like The Pride and the Passion, Two Women, Marriage, and Italian Style.

Although it was Carlo who discovered her, once she began her acting career, her fame grew beyond measures. Men were bewitched by her charm. Richard Burton poetically described her as  “beautiful brown eyes set in a marvellously vulpine, almost satanic face. Stupendously intelligent. Beat me at Scrabble twice." Her famous looks and grace were compared to subjects of the lovely drizzle, chocolate truffle, and many other enticing metaphors. But the moment her eyes fell on Carlo, things changed for Sophia, who was still a teen.

The moment they met, they knew they had found a soul mate in each other. “I knew immediately she was someone remarkable. Something played off her that gave her a kind of illumination," said Carlo, according to Thisisglamorous. Even though there was a 22-year age gap between them, they couldn't stay apart.

When they met, Ponti was married but separated. There were legal and religious issues that stopped him from marrying Sophia, yet they continued to see each other.

"True, he was married and we had to be careful, only later would our fondness turn into love," she told Daily Mail.

“To Sophia, it was just unthinkable to be the ‘other’ woman in Ponti’s life, especially after the very strict and conservative upbringing she had as a child about the sanctity of marriage," according to Thisisglamorous. She was born as an illegitimate child of a single mother and in poverty. This made her all the more conscious of her involvement with him.

According to the Daily Mail, she found a sense of security in him, "He gave me a rootedness and stability that kept me grounded, while the world around me seemed to swirl dizzyingly, excitingly."

In the meanwhile, Carlo became her talent agent and helped her become incredibly successful. They were a great team professionally and when she turned 20, he bought her a diamond ring to propose. The couple were head over heels in love with each other and got married on September 1957 in a secret ceremony. They celebrated all night. But their fairytale wedding had to be annulled because the Catholic Church didn't accept it. Further, the couple was devastated when the church refused to acknowledge his divorce to his first wife.

Among many admirers was actor Cary Grant had even proposed marriage to the siren, but she turned him down. “Grant was devastated,” Cindy De La Hoz, author of Sophia Loren: Movie Star Italian Style, told Express UK. “He never stopped loving her.” Even Marlon Brando made advances on her, but she remained unmoved.

"I was content to be lucky enough to finally have someone beside me who knew how to speak to me, who could give me advice, who supported me in the parts I chose, which is crucial when an actor is just starting out," she said. "I was trying to get ahead but without taking any false steps, and knowing that Carlo was on my side was a huge help. There was something fatherly about his presence, too, and I'd never had a real father."

The legal trouble they faced had become a massive roadblock for their relationship. "I was being threatened with excommunication, with the everlasting fire, and for what reason? I had fallen in love with a man whose own marriage had ended long before. I wanted to be his wife and have his children. We had done the best the law would allow to make it official, but they were calling us public sinners. We should have been taking a honeymoon, but all I remember is weeping for hours," she said.

The tension and public judgment continued for a few more years until they decided to resolve it by cutting ties with their roots. They gave up their Italian citizenship, became French citizens and remarried legally finally in 1966. Her dream of starting a family and becoming a mother was finally coming close. But another heartbreak followed when she had one miscarriage after another in the early days.

“After suffering two miscarriages in the mid-1960s Sophia feared she would never fulfil her dream of becoming a mother,” says De La Hoz. She confined herself to bed and gave birth to two boys, Carlo Ponti Jr and Eduardo — who were a year apart. “For the first time in my life I had everything I wanted,” Loren admitted. She later said, “I was more of a mother than an actress.”

She continued to remain a style icon whose fashion sense inspired women across generations. The couple moved to Geneva and spent decades together living a life of love and laughter.  Their love story of 50 years came to an end in 2007, when Carlo passed away. He was 94 when he took leave of his beloved who stood by his side at every stage. Now, this is a story that restores hope in "one true love that lasts a lifetime!"