“Visible has retaliated against Mara in numerous ways,” Louk’s complaint says. “Instead of investigating the rape and providing support to Mara, Visible punished Mara for coming forward.” 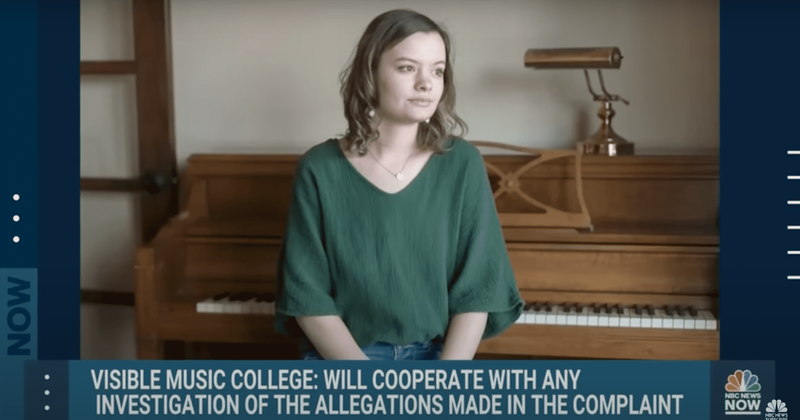 Trigger Warning: This story discusses sexual assault that may be disturbing to readers.

Mara Louk was a senior when she finally gathered the courage to approach an administrator at Visible Music College, where she was a senior, to inform them that she was choked and raped by a male classmate last November. She hoped they would work with her to reprimand the man who did this to her.

On November 2, 2021, a male classmate reportedly came over to her apartment to play board games. It was the first time they’d spent time alone together, and that night he sexually assaulted her.

When Louk confided in the administrator about the alleged assault the next day, she informed them that said she shared classes with the student and that she wanted to ensure he wouldn’t harass her on campus.

What she expected would happen was a far cry from what really panned out.

But instead, in a federal complaint filed with the U.S. Department of Education, she said that administrators at Visible, a Christian college in Memphis, Tennessee, accused her of breaking school rules against premarital sex with a different student, an ex-boyfriend, according to NBC News.

When Mara Louk told Visible Music College admin that a male classmate had choked and raped her last Nov., she expected that school officials would help her file a police report and arrange a safety plan....instead, they accused her of breaking school rules https://t.co/G41OAV6RsX

Despite denying having sex with him, the school threatened to expel her unless she signed a confession and finished the school year remotely. Along with that, she was also told that they would not remove the accused student from her classes because police didn’t arrest him, nor would they conduct a Title IX investigation because the alleged assault reportedly did not take place within the campus premises.

If that isn't bad enough, administrators attempted to bar Louk from telling anyone else at the school that she had been raped, she said. “I just felt like, why did I even speak up?” Louk, 22, said. “That’s truly how I felt for a long time because everything seemed to keep getting worse.”

Meanwhile. Louk’s complaint asks the Department of Education to conduct two investigations of Visible Music College. The first one is to evaluate whether the school violated the Clery Act—a federal campus safety law that requires colleges to advise students who report a sexual offense of their rights and assistance options. The second is to decide whether the school discriminated against Louk under the gender equity law Title IX.

“Visible has retaliated against Mara in numerous ways,” Louk’s complaint says. “Instead of investigating the rape and providing support to Mara, Visible punished Mara for coming forward.” Cari Simon, Louk’s attorney, added, “Any victim would be discouraged from coming forward after that.”

Louk majored in modern music at Visible, a small school with two buildings in downtown Memphis that enrolls just over 100 students. She focused on songwriting and hoped to start a career as a singer-songwriter.