The MIL even fired the baby's nanny without telling the grieving widower. 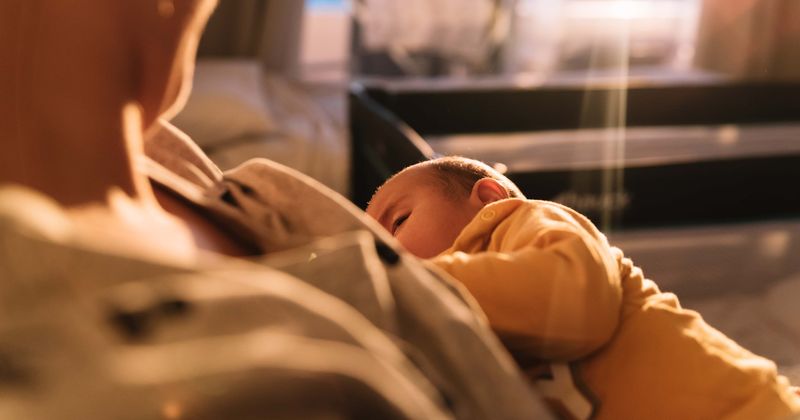 A man, who lost his wife after the birth of their first baby,Sammy, was shocked to learn that his mother-in-law Sandra was breastfeeding his child.

At first, the man wanted to get back to work and hire a nanny to take care of the baby but Sandra offered to pitch in and babysit for free. Little did he know that she was secretly breastfeeding his child! When he confronted the MIL, who has a copy of the house keys, she claimed that she had done nothing wrong.

The man took to Reddit, asking if he was in the wrong for ending up calling the cops on her. He explained on the AITA section of Reddit that his MIL "said she's trying to breastfeed my daughter. At first I thought she was joking then I realized she wasn't. She said Sammy needs to latch for a few minutes everyday to "activate" her milk production. I almost lost it, I told her she cannot do that, and she needs to stop. She said she will but I caught her again when I walked in my daughter's room and she was forcing Sammy to latch. I confronted her and told her she's no longer my baby's nanny. I didn't ask for the key back as she is still welcome to come visit anytime."

But things took a turn for the worse after the widower hired a nanny who only came to babysit for two days. The nanny told the Reddit user that his "mother" had fired her. When he confronted his MIL again, she said he had hired an incompetent nanny. "I told her to leave but she refused and told me she's calling CPS because I am endangering my child. We argued back and forth before I called the police and she was charged with trespassing. I know my MIL is grieving the loss of her daughter, I am too. But she crossed the line when she disregarded my wishes. She is very upset with me. My SIL and BIL are calling me ruthless and I am now second guessing myself. Have I taken it too far by calling the police? AITA?" he questioned. Most Reddit users supported the OP, absolutely aghast that the MIL would force-feed his baby without informing him. One person commented: And she was starving the child in addition to it because MIL wasn't feeding formula. Let MIL call CPS. She's the one who'll end up with charges, not OP. Grief does not make someone starve a child. Press charges, and change the locks in case she made copies of the house key.

In an update, the OP wrote that he "called CPS to tell them about the situation. My mom is coming over to help look after my daughter and look at our options (she's a retired family law attorney). I do have a doorbell camera but reading some of the suggestions here, I decided to up my home security system. BIL and SIL know the whole story and they also think that forcing to breastfeed Sammy was wrong, but they are angry at me for calling the cops on MIL and having her trespassed. They said it was unnecessary and cruel to do to a grieving mother."

What are your thoughts?