"Shirley wasn't buying that for one simple reason: The bill said the charges were for the birth of a baby girl, Paula Carlene, born to a Mrs. Connie Nelson," he said. 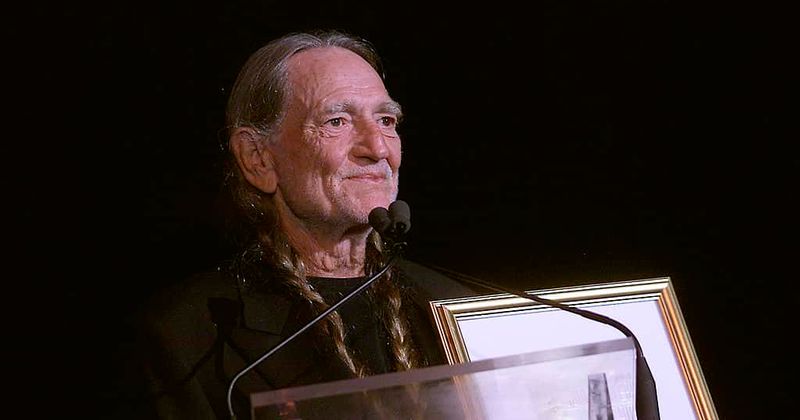 Willie Nelson is not holding anything back. The country music icon, 87, is writing a joint memoir Me and Sister Bobbie: True Tales of the Family Band, with his sister Bobbie Nelson, where he talks about his marriages and infidelities, according to PEOPLE.

In the book, the singer wrote about the moment his second wife Shirley Collie learned that he had fathered a child with another woman. "Shirley saw a bill from a Houston hospital. I tried to play it off as no big deal. I told her that I had to go to the hospital for something minor," he shared. But, his wife was just not convinced about his lie.

"Shirley wasn't buying that for one simple reason: The bill said the charges were for the birth of a baby girl, Paula Carlene, born to a Mrs. Connie Nelson," he said.

It is only understandable that "Shirley wanted to know who in the hell was Connie Nelson," he noted, adding, "Couldn't lie. Was caught flatfooted. Had to get the words out of my mouth. 'Connie’s my girlfriend and Paula's our daughter.' "

Before his marriage to Collie, Nelsen was married to Martha Matthews from 1952 to 1962. They had three children together: daughters Lana and Susie and son Willie "Billy" Hugh Jr., who died in an accident on Christmas Day 1991.

He got married to Collie in 1963 and divorced in 1971, the same year he wed Connie Kopeke. In addition to daughter Paula, they later had another daughter, Amy. However, while he was married to Kopeke, he fell in love with makeup artist Annie Marie D'Angelo on the set of Stagecoach, the 1986 film he starred in with Johnny Cash, Kris Kristofferson, and Waylon Jennings.

"I messed up another marriage. My wandering ways were too much for any woman to put up with. I'll always love Connie. I'll always love all my wives. I've always said that there's no such thing as a 'former' wife. Once in your life, a wife never leaves. I regret the pain I caused Connie — and Martha and Shirley before her — and have no excuses. But love is love, and in the mideighties I fell head over heels in love with Ann Marie D'Angelo, called Annie. Never had met a woman like her before," Nelson wrote in the book.

"My love for Annie was all-consuming, but winning her over wasn't easy. She had to be sure my marriage was over and that I was truly free. She didn't care about me being a celebrity. She was whip-smart, with a keen appreciation for all forms of art. It didn't hurt that she was pretty and radiated enough energy to light up any room she entered. She also had a sharp political sense," Nelson wrote of his fourth wife, to whom he is still married and had two sons Lukas and Jacob Micah.

"Later she'd be a great partner in pushing the progressive causes so important to me. You've already seen that, when it came to romance, I had a gift for complicating things. But marrying Annie wasn't complicated at all. It's about the smartest thing I ever did. I can say that because, 34 years after we first met, we're still together and going strong," he said.

The two have been married for over two decades now, and are happier than ever, but in 2012 he learned he had another child, daughter Renee, whose mother is his friend, Mary Haney, according to an Express article.

But, despite his kids having different mothers, Nelson has a close relationship with his family.

Amid the ongoing coronavirus pandemic, the country icon recently shared that he has been spending quality time with loved ones at his 700-acre Luck Ranch in Spicewood, Texas.
"My sister Bobbie lives close by, and we talk all the time. Annie and I are on the ranch, with the horses, and we're doing okay," Nelson said. "We're a very close family."