Amanda Lee shared that the doctor shamed her by saying that it was probably a good thing that she got pain while eating food. 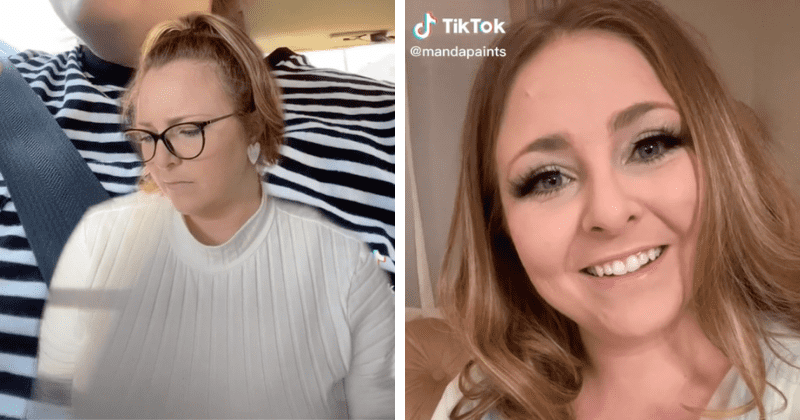 Amanda Lee (@mandapaints) recently shared on TikTok that doctors missed her colon cancer disgnosis because of her weight.

In the now-viral video, she showed an old clip of herself leaving the doctor’s office in tears. The doctor dismissed her symptoms, which included feeling pain while eating, when she described it to them and even told her, “Maybe that’s not such a bad thing.” Lee said she went to get help because she had experienced severe abdominal pain and cramping for months. When the old clip ended, she began to speak explaining that she recorded the clip a year ago and it was approaching the anniversary of when she was diagnosed with cancer.

After being dismissed by the first doctor, Lee, fortunately, saw another medical expert who discovered she had colon cancer. "I took that video a year ago today, and in a month from now, it will be the anniversary of when they found my cancer." She expressed her shock over how her previous doctor had completely disregarded her "textbook colon cancer symptoms" because of her weight. Lee, who is now in remission, spoke to BuzzFeed about the issue of medical weight bias and how it is a part of a much bigger societal problem. “Society almost sees fat bodies as an inconvenience. I’m a normal-sized American. I teeter between a size 12–14. How did I, a barely above average-size woman almost die from fatphobia?” she said. “It goes way further than BMI. It goes into society as a whole, and how we look at fat bodies, and how we deem them unworthy of things, including medical help. I’m fed up with it.”

After meeting with the doctor that dismissed her issues, Lee was devastated. "I sat in my car for 30 minutes and I cried. I knew that it was wrong, deep down inside me. There are only so many times that a doctor can tell you that it’s your fault that you’re sick, it’s your fault that you’re fat, or that you’re useless for being fat. There’s only so many times that you can hear that. I asked for the doctor, he owes me an apology," Lee told the outlet.

Lee’s video has since garnered hundreds of comments, where many offered their support and love. Lee is grateful for the validation and wants to spread awareness for people who struggle to speak up when seeking medical care as well as highlight medical weight bias. "Fatphobia in the medical industry literally kills. Diet culture in everyday life literally kills. We don’t discuss it enough...It's been too many years of people not being heard, tested, or treated well because they are overweight," she shared.