On Mother's Day this year, Hamm plans to spend her day at her daughter's grave while the rest of the world spends time with their friends and family. 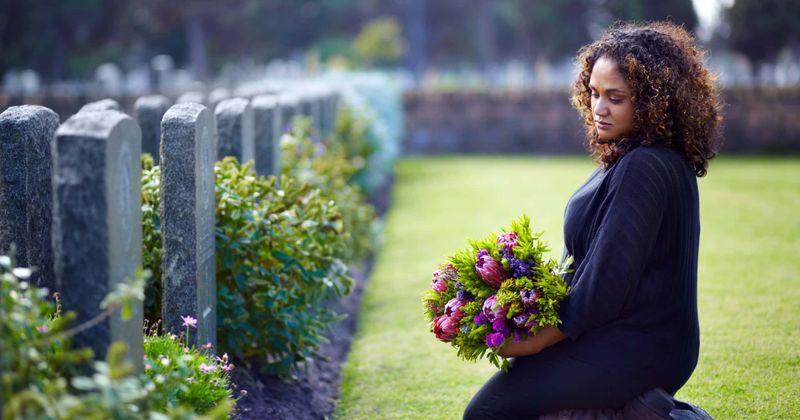 Trigger Warning: This story talks about murder that may be disturbing to readers.

Once Katara Hamm loved Mother's Day, but for the past six years, she has been dreading it.

That's because, in 2016, her only daughter—17-year-old Randisha Love—was murdered in her family's Fulton County, Georgia. Since then, the mother-of-five has not been able to celebrate on the day that honors motherhood.

"I just hate the holidays," Hamm, 45, told PEOPLE, "especially Mother's Day. Because it's like, you're a mom, but you are missing a child. So, it's like, you don't feel like a full mother."

The last time she celebrated Mother's Day was in 2015, when Randisha was alive. Hamm remembers she and her children spent the day focused on faith and family. They first went to church followed by dinner at her parents' house.

After Randisha's unfortunate death, Hamm says it's been difficult to find the will to continue with the family traditions that once gave her joy.

On Mother's Day this year, Hamm plans to spend her day at her daughter's grave while the rest of the world spends time with their friends and family. "I don't go to her gravesite as often because it's kind of hard imagining that your child is really there," Hamm says. "But I want to go on Mother's Day, and I want to go and give her some flowers because I know that's something that she would've given to me."

On the evening of January 12, 2016, Radisha was alone at home while her mother was working and her brothers had school functions. Hamm recalls speaking to her daughter around 4:30 pm that evening when all seemed fine and the mother-daughter duo ended their phone conversation with "I love yous.".

Hours later, Hamm, along with one of her sons, discovered Randisha's lifeless body in the foyer of their Georgia home.

The honor roll student, who dreamt of joining the United States Air Force, was no longer alive. Her body had gunshots all over and she was sitting in a pool of blood.

Hamm says that was the "hardest day" of her life.

"I didn't know what to do. I know I just kind of lost it. My mind knew she was gone, but my heart couldn't take it," Hamms said, of the moment Randisha's remains were carried out in a body bag.

Years have passed since the murder, but detectives haven't had much luck in tracking down witnesses or arresting any suspects. However, she always makes an effort to reach out to the investigator assigned to her daughter's murder every so often, "just to make sure that her case has not been swept under the rug."

"It's just like a cold case," Hamm says. "Right now, it's just a matter of getting somebody to talk and getting information from someone that knows something."

Hamm is still holding onto hope that the killer will be found, and justice will be served. Even though Hamm cannot bring herself to wish her daughter's murderer the same fate as Radisha, she does hope that they will spend the rest of their lives behind bars.

Three years after it happened, Katara Hamm is still haunted by it.

It was Jan. 12, 2016. Hamm arrived home and found her teenage daughter, Randisha Love, dead. The 17-year-old had been shot five times in the face and torso.#UpLateATL https://t.co/GuINYElOM0

"I'm a God-fearing person. And I know that God has his hands on me, and he has his hands on this case," Hamm says. "And I've totally put it in his hands that he's going to reveal sooner or later who did this."