health lifestyle relationship fitness people celebrity self parenting humor feminism
Her Boyfriend Cheated On Her, So She Dumped Him, Focussed On Herself and Lost 133lbs

Her Boyfriend Cheated On Her, So She Dumped Him, Focussed On Herself and Lost 133lbs

She may have felt bad that he had to "fend for himself" while she was attempting to lose weight. But it certainly didn't matter once she found out he was cheating on her. 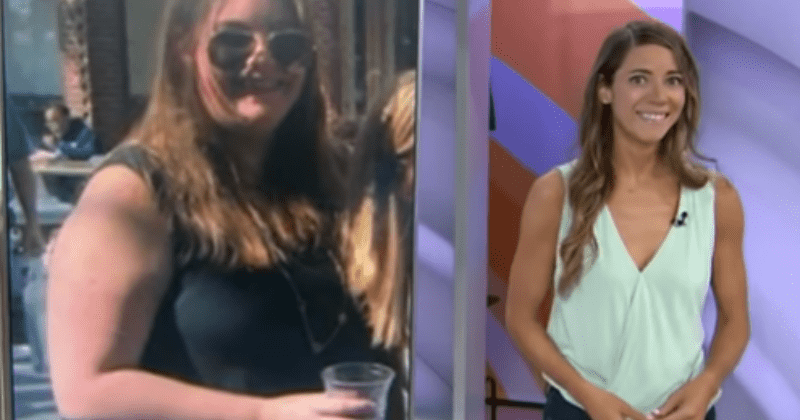 Breaking up with someone you've been with for a long time is hard. The emotional turmoil can leave you feeling lost and lonely. However, for 31-year-old Kristen McLaughlin, her breakup with 5-year boyfriend who had been cheating on her was exactly what she needed - a clean slate to begin her weight loss transformation.

As a child, Kristen had been an active kid. By playing three sports throughout her high school life, she was able to balance out her eating, she told People for the 2019 “How I Lost 100 Lbs.!” feature.

However, all that changed once she got to college. The New York City-based software specialist “became sedentary” and got herself stuck in a complicated 5-year-relationship. “I wasn’t mindful at all about what I was eating,” Kristen said. “If I wanted to eat something, I didn’t really think twice about it. And when I got into my relationship, he was a larger guy, and I was eating whatever he’s eating — which does not make logical sense.”

She even called herself an "emotional eater". It was what led to her and her boyfriend frequently treating themselves to unhealthy dinners - whether to celebrate or to drown their sorrows. “It was easier for me to eat instead of tackling what was going on,” she said. “It was easier to say, ‘I’ll feel better for 15 minutes while I’m eating a cheeseburger’ and not think about how bad I would feel afterwards.”

Additionally, Kristen would usually skip breakfast or get a chocolate croissant. She would then follow it up by "treating" herself with a big taco bowl for lunch to make up for the missed meal. As for dinner with her boyfriend, she said, “We would order giant pizzas or cheeseburgers and French fries." And if they went out for drinks, they'd tell themselves “You deserve to have something when you come back home” to justify consuming alcohol.

“I would fall asleep with probably 12,000 calories in me, and then wake up and wonder, ‘Why am I so tired?’” she recalled. She was her heaviest at 250lbs (113kgs) and felt very self-conscious about her body. She also felt that she was “comparable” in size to her boyfriend. Knowing that something had to change, she decided to join Jenny Craig, an American weight loss, weight management, and nutrition company. The meal plan that was provided for her helped her drop 60 lbs (27kg).

However, she remembered feeling bad about having meals that were prepared for her while her boyfriend, who was studying for an MBA at the time, had to “fend for himself” in the kitchen. “I had some guilt about losing the weight while he had school going on, and I wanted us to spend more time together,” she says. “So I lost a bunch of weight but then slid back.”

But it was around this time that she noticed her boyfriend becoming “distant"; he wasn't even making it home every night. Then, she found out that he had feelings for someone else and Kristen was done.  “At that point I’m like, ‘This is cheating, this is dumb, I can’t do this anymore,’ and I said I was leaving,” she said.

When she remembers that point in her life, she said that it was the “best thing” that could've happened even though at the time, she was devastated. After all, she had just ended her five-year-relationship and needed to look for a new apartment. But she also knew that this was her chance to start anew.

“I literally got rid of every excuse that I’ve ever had,” she says. “I never had a better opportunity to just focus on myself and build myself back up.” Kristen made her way back to Jenny Craig in February 2017 and was determined to lose 100 lbs (45kg) in a year. And this time, it was for good.

Sticking to the prepared meals with grilled vegetables on the side, she made sure to get her exercise by walking home from work every evening. Slowly and steadily the weight dropped off and she was suddenly interested in workout classes and weight training.

One year later, in February 2018, she had achieved her goal and to celebrate, took a trip to Cancun. Since then, she has lost even more weight. Today, she is almost half her size and can boast of a 133lbs (60kgs) weight loss. She even learned to eat the right portions and foods which can help her maintain her weight on her own. She said it has changed her life.

“I think I’m more myself now, funnily enough, than I ever was the previous 30 years,” she says. “I say yes to things now, I’m more outgoing, I’m more likely to be social. I think weight loss isn’t just physical or mental — it’s a whole spectrum of your life.”

Hear what she has to say in this video: